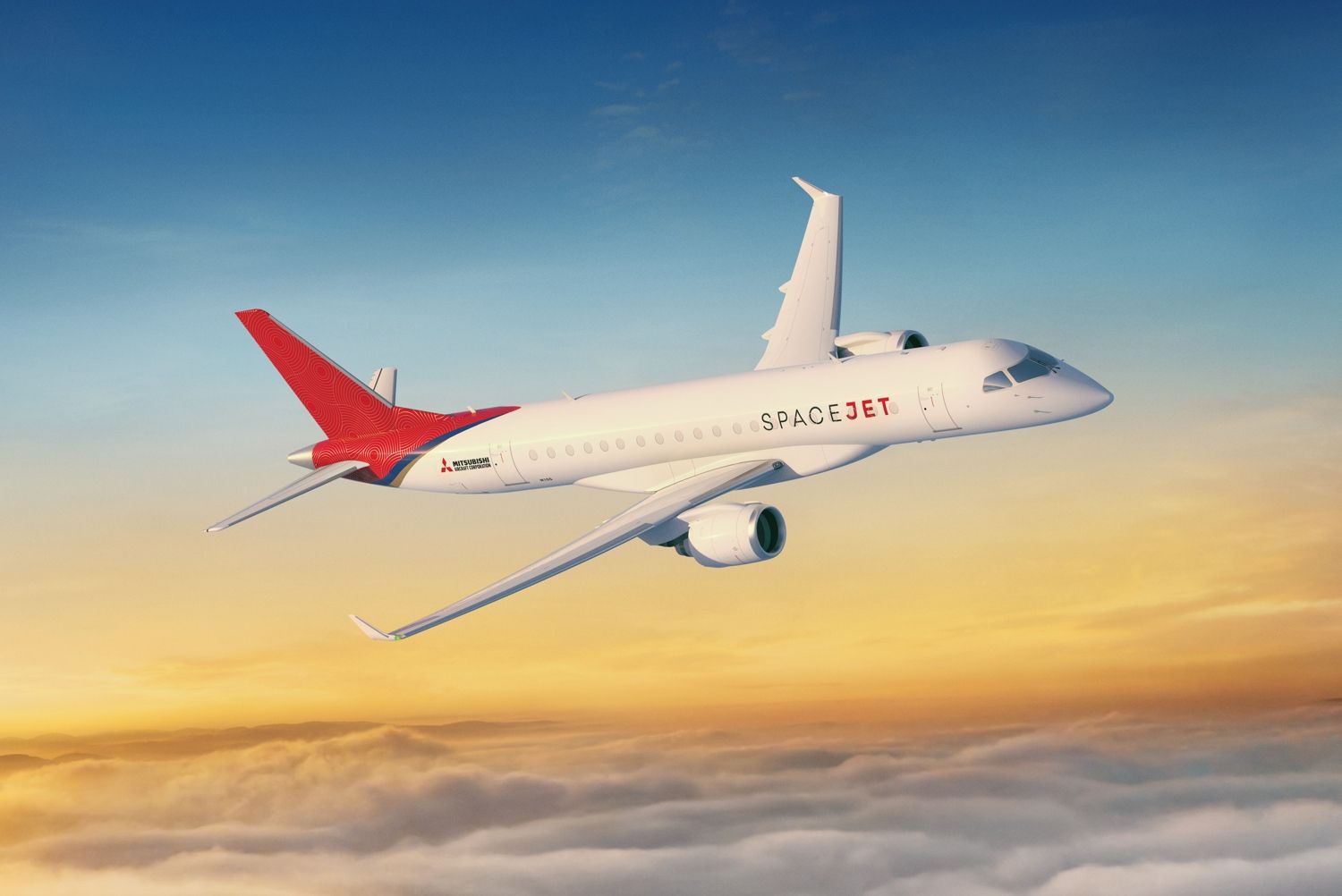 Mitsubishi Aircraft Corporation has signed a MOU with Mesa Airlines to commence formal negotiations for the purchase of 100 Mitsubishi SpaceJet M100s.

The MOU was announced during a signing event at Mitsubishi Aircraft Corporation America’s booth during the Regional Airline Association (RAA) annual conference and targets 50 firm orders and purchase rights for an additional 50.

“As we developed the Mitsubishi SpaceJet family, we knew we had changed the way that passengers and airlines will think about regional travel,” said Hisakazu Mizutani, President Mitsubishi Aircraft Corporation. “Mesa Airlines’ selection of the SpaceJet M100 confirms that our aircraft fulfills current and future needs in this industry and that airlines are ready to move our discussions forward.”

Introduced at this year’s Paris Air Show, the Mitsubishi SpaceJet M100 offers the most spacious and comfortable cabin in its class and it is the only clean sheet design that will operate under current scope clause restrictions in the United States. The aircraft is designed to not only deliver improved passenger experience and boost airline passenger loyalty, but the SpaceJet M100 also has the lowest operating costs of any aircraft in its class and targets double-digit performance improvement.

“The U.S. mainline carriers are looking for an aircraft that will allow them to provide a consistent, premium passenger experience from their regional to their long-haul fleets,” said Jonathan Ornstein, Chairman and CEO, Mesa Air Group, Inc. “With its large cabin, comfort, new technology and low operating costs, the Mitsubishi SpaceJet M100 can deliver this premium experience within U.S. scope clause.”

Mesa anticipates utilizing the SpaceJet M100 fleet in their Capacity Purchase Agreements with major U.S. airlines. Under the terms of the MOU, deliveries would begin in 2024.