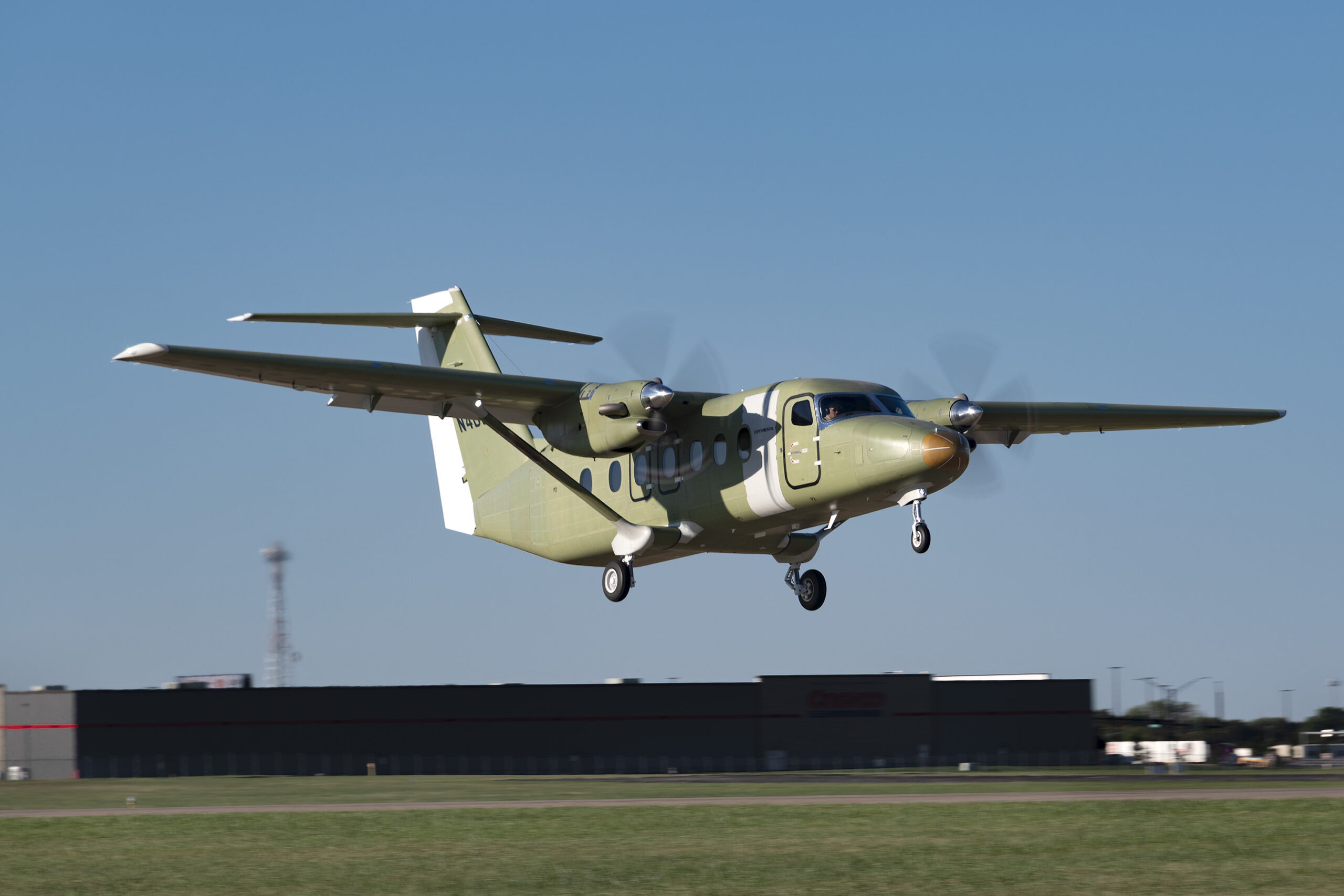 The Cessna SkyCourier turboprop development program has achieved another significant milestone as the third and final flight test aircraft (P2) successfully completed its first flight on Monday, Sept. 28, 2020. This maiden flight for the high-wing, large utility aircraft comes on the heels of the second test article (P1) completing its initial flight in August 2020.

The P2 aircraft is the second airframe configured in the passenger variant, and it will join two other aircraft in the flight test certification program, which to date have already accumulated 150 flight hours.

The Cessna SkyCourier aircraft is designed and manufactured by Textron Aviation.

The first flight of P2, piloted by Todd Dafton and Caleb Quick, lasted 90 minutes, reaching a speed of 210 ktas and an altitude of 15,000 feet. The aircraft will primarily be used to focus on avionics testing, flammable fluids testing, and the cold and hot weather testing in the climatic chamber at Eglin Air Force Base.

“The Cessna SkyCourier program continues progress through its milestones, and that’s a testament to the many great employees involved with this project,” said Chris Hearne, senior vice president, Engineering & Programs. “This most recent successful flight of our third test aircraft allows us to continue the great momentum we have created throughout the year. We will soon be starting line production in Wichita as we move closer to getting the Cessna SkyCourier into the hands of our customers.”

The P2 and prototype aircraft both have the passenger configuration, including windows and escape hatches, while the P1 aircraft, which completed its first flight in August, is configured in the freighter configuration.

The Cessna SkyCourier aircraft will be offered in various configurations including a 6,000-pound payload capable freighter and a 19-seat passenger version, all based on the common platform.

Designed for high utilization, the Cessna SkyCourier aircraft will deliver a combination of robust performance and lower operating costs. The aircraft feature the popular Garmin G1000 NXi avionics suite and offer highlights such as a maximum cruise speed of up to 200 ktas and a maximum range of 900 nm. The aircraft will include single-point pressure refueling as standard to enable faster turnarounds.