The aircraft’s entry into service will also mark the debut of United’s new wide-body cabin design.

The airline expects to begin 777-300ER intercontinental service between San Francisco and Hong Kong on March 25, with the aircraft replacing a Boeing 747-400 currently being used on the route. 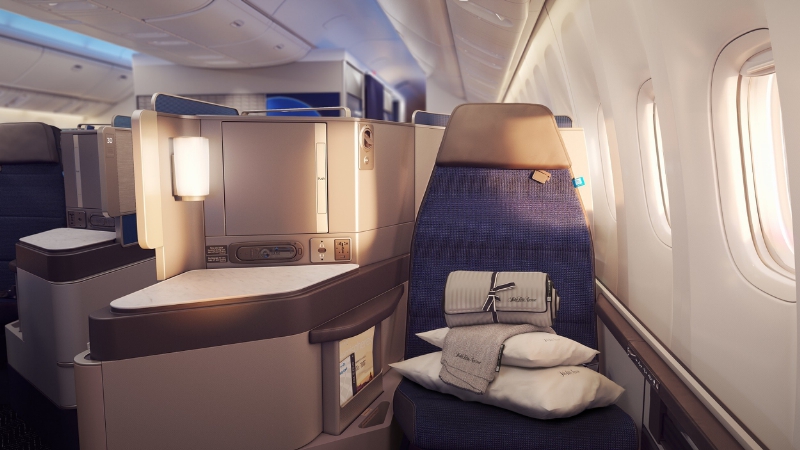 “With United Polaris business class we are providing reimagined inflight dining, new amenities, the first United Polaris lounge at Chicago O’Hare International Airport and now this custom designed seat, all of which make for a tailored experience that prioritizes comfort and sleep.”