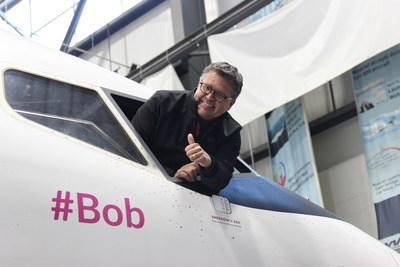 The WestJet Group of Companies announced changes to its executive leadership team.

“Bob Cummings has served as an EVP for more than 12 years and in that time the airline successfully grew revenues from $1 billion to more than $4 billion,” said Ed Sims, WestJet President and CEO. “His guidance and experience have been invaluable to us all. I thank Bob for his many contributions and wish him well in his next chapter.”

“Cam Kenyon is returning to Denver to be with his family and we are grateful that he extended his contract twice to lead us through WestJet’s transition to a global, full-service carrier and our labour negotiations,” continued Ed Sims. “I thank Cam for the wealth of experience he has brought to the role.”

“WestJet has reached a critical juncture as we look to significantly expand our global network,” commented Ed Sims. “In his role as Chief Strategy Officer, Charles Duncan will be responsible for providing the leadership necessary to ensure that WestJet’s strategic goals are met.”

Charles Duncan previously worked for more than 20 years at United and Continental Airlines in a variety of commercial and operational roles before joining WestJet in June 2017 as Executive Vice-President and President, WestJet Encore. Since that time he has led the Encore team to continued expansion with the delivery of an additional eight Bombardier Q400 aircraft. Through his leadership, WestJet Encore is now among the best in on-time performance for regional airlines.

“Strategy development and significant ability to execute will be the keys to our success,” said Charles Duncan. “I am honoured to lead this team.”

Global searches are underway for both the Chief Commercial Officer and Chief Operations Officer.