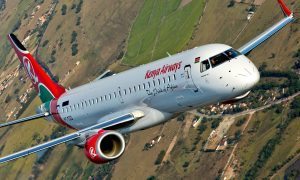 Police today responded to an incident at Queenstown Airport in which a note mentioning a bomb was found on a Qantas plane.

The alarm was raised after a cleaner discovered the note on a plane on the tarmac shortly before 3pm. The aircraft, a Boeing 737-800, registered as ZK-ZQG, arrived to Queenstown from Sydney, as Qantas flight QF121.

The airport terminal was evacuated following the discovery.

Aviation Security and Police have searched the plane and the airport and found no evidence of an explosive so the airport is now being reopened and will resume normal operations.

“The airport is now working with airlines to expedite the turnaround of remaining flights to minimise further disruption to passengers. All evening services are running to schedule”, the airport spokeswoman added.