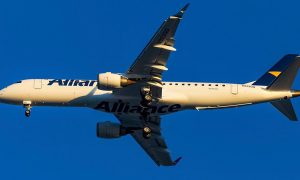 The Qantas Group has announced changes to its executive leadership team as it continues its accelerated transformation program.

As a result of the new structure the current CEO of Qantas International, Simon Hickey, and CEO of Qantas Domestic, Lyell Strambi, have decided to leave the Qantas Group.

Under the leadership of Qantas Group CEO Alan Joyce, the revised executive team will consist of:

The following roles on the Executive Team remain unchanged:

This represents a flatter structure for the broader Qantas Group executive team, with the positions of Deputy CFO, QantasLink CEO and Qantas Airways Chief Operating Officer not being replaced. Transition to the new structure will begin in the New Year, with changes finalised by March 2015. The last major restructure of the Qantas Executive Committee was in May 2012.

Announcing the changes, Alan Joyce recognised the contribution made by Lyell Strambi and Simon Hickey.

“In a number of roles at Qantas, but especially as the CEOs of our domestic and international airlines, Lyell and Simon have helped build a stronger Qantas. I would like to thank them for their tremendous contribution and wish them well for the future,” said Mr Joyce.

“Lyell has been a key member of the executive team at Qantas over the past six years, most recently as the CEO of Qantas Domestic. This business has faced tough a tough market environment however has risen above the competition to emerge as a stronger and leaner business, with significant improvements to its customer service and cost base.

“In the 12 months since we announced our accelerated transformation program, we have made excellent progress. But there is still a lot of work to build the foundation for a stronger, more sustainable and more successful Qantas.

“This new executive team will lead this work forward to deliver for our customers, shareholders and employees according to the strategy we have laid out,” said Mr Joyce.

Simon Hickey said he felt privileged to have worked with a dedicated and passionate team of people at Qantas, however it was the right time to explore new opportunities.

“During my time at Qantas, I am most proud of working with great teams to refocus the Loyalty business; restructuring Qantas Freight into the largest independent air freight business in Australia; and of course helping drive the turnaround in Qantas International. This has included improving customer satisfaction, overhauling the network and improving our alliances, while reducing the cost base.

Lyell Strambi said that given what had already been achieved in Qantas Domestic, he believed now was the right time for him to look for new challenges outside the aviation industry.

“I’ve spent over 30 years in aviation, including the last six with the Qantas Group. The past few years have been particularly challenging for our domestic business, but thanks to the contribution of the entire Domestic team, we’ve emerged stronger with an improved customer experience and a leaner operation. I’m proud of the progress made and have no doubt Qantas can keep improving into the future, ensuring the airline remains this country’s first choice for business travellers.”

Gareth Evans has been a senior executive at Qantas for 15 years and brings experience from previous roles that spanned network, pricing, scheduling and operations. Using his airline and finance background, and building on the key role he has played in the transformation of the Group as a whole, Gareth will be focused on completing the turnaround of Qantas International.

Andrew David brings more than 20 years’ aviation experience to his new role as CEO Qantas Domestic. Prior to joining the Qantas Group in 2013, Andrew served in senior operational roles for airlines in Australia and New Zealand. Andrew is currently the Chief Operating Officer for Qantas and from March 2015 will be responsible for the ongoing transformation of the Qantas Domestic business.

Tino La Spina has been the Deputy CFO for the Qantas Group since 2009, responsible for Group Finance, Procurement, Fleet Planning, Taxation and Insurance. Tino has also held the position of the CFO and Head of Commercial for Qantas Loyalty. Tino has over two decades of experience in the transport sector.

John Gissing has held senior management roles in a number of airlines, including over the past 12 years with the Qantas Group. A qualified pilot, his experience includes several safety and senior flight operations roles for both Qantas and Jetstar. This new role will be responsible for QantasLink, Network Aviation and Jetconnect, as well as safety and workforce planning and Qantas Ground Services.

Rob Marcolina will be taking on an expanded role as Group Executive, Strategy, Transformation and IT. Rob has been with Qantas since 2012 as the Executive Manager of Group Strategy and prior to that worked for Bain & Company in the US and Australia.