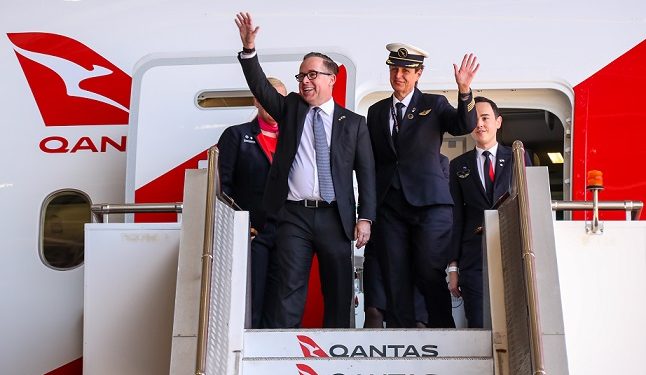 The Qantas Group has completed a new round of debt funding, securing $1.05 billion in additional liquidity to strengthen its position as it manages through the Coronavirus outbreak.

This debt has been secured against part of the Group’s fleet of unencumbered aircraft (seven of the Group’s 11 wholly-owned Boeing 787-9s have been securitized against this funding), which were bought with cash in recent years. The loan has a tenure of up to 10 years at an interest rate of 2.75 percent.

The Group’s net debt position remains at the low end of its target range, at $5.1 billion, with no major debt maturities until June 2021. In line with the rest of the Qantas debt book, the new funding contains no financial covenants.

With a further $3.5 billion in unencumbered assets, the Qantas Group retains flexibility to increase its cash balance as a prudent measure in the current climate. As previously announced, various steps have been taken to significantly reduce activity levels and costs given the dramatic revenue impact of the Coronavirus pandemic and the related travel restrictions on Jetstar and Qantas passenger services.

“Over the past few years we’ve significantly strengthened our balance sheet and we’re now able to draw on that strength under what are exceptional circumstances. Everything we’re doing at the moment is focused on guaranteeing the long term future of the national carrier, including making sure our people have jobs to return to when we have work for them again.”