The ultra-fuel efficient aircraft, showcasing LATAM’s white, indigo and coral livery and fitted with Pratt & Whitney Pure Power PW1100-JM engines, was presented to LATAM Airlines Group CEO, Enrique Cueto, and other LATAM executives by Fabrice Brégier, Airbus President and CEO, and will be the first A320neo to operate in the Americas. 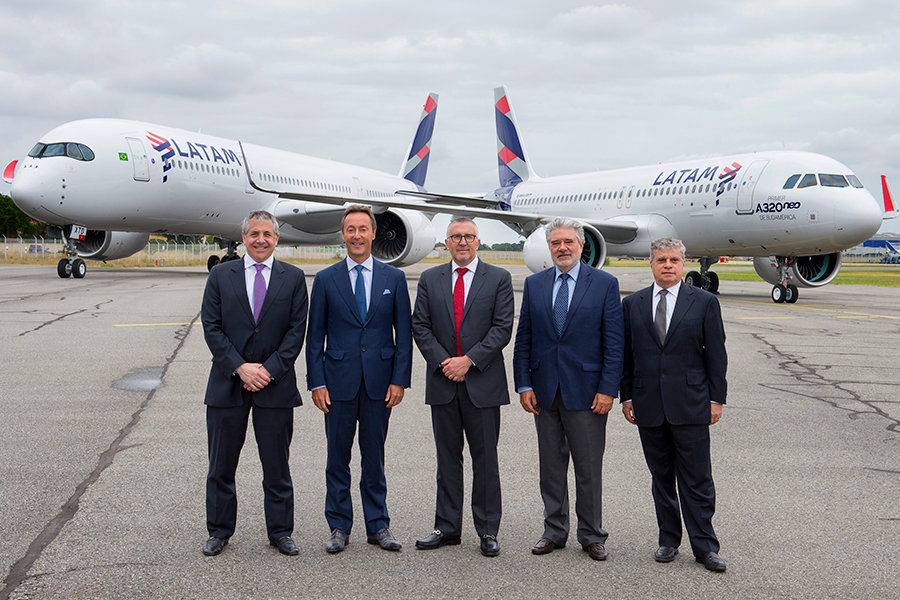 “Once again, LATAM passengers will have the opportunity to be the first in the Americas to fly the latest Airbus aircraft, demonstrating our commitment to offering the most technologically-advanced, efficient and comfortable aircraft,” said Enrique Cueto, CEO of LATAM Airlines Group.  “The A320neo will play an important role in our fleet, supporting the operation of our unrivalled domestic and regional network, transporting passengers throughout Latin America.” 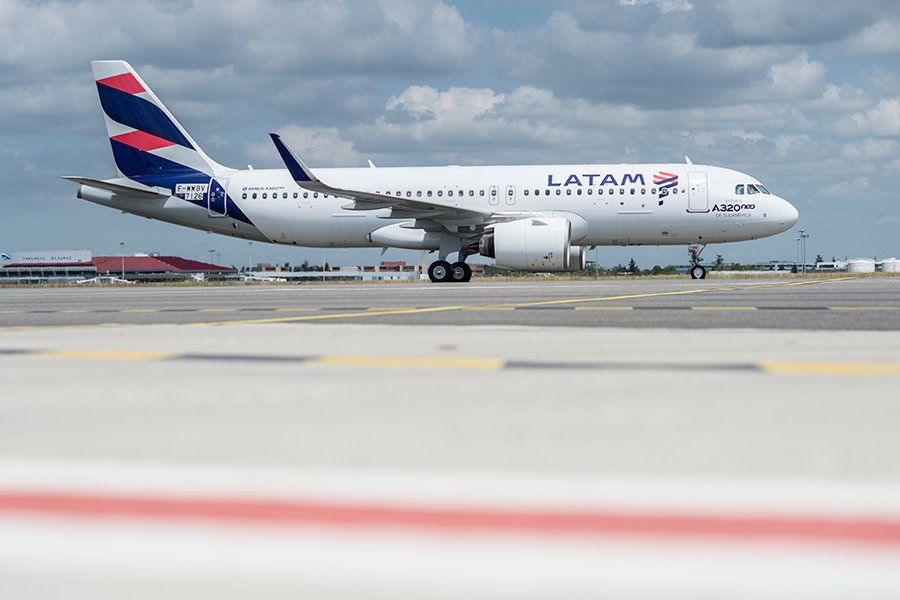 “Over the years, Airbus and LATAM have grown together to become partners in building today’s dynamic aviation market in Latin America, which is why we are especially proud that the first A320neo in the Americas will be flying in LATAM livery,” said Fabrice Brégier, Airbus President and CEO of Airbus.

“We are certain that this aircraft will complement their existing fleet and further their success in the region.”