It doesn’t own any airplanes. It doesn’t employ any pilots or flight attendants. It has only 15 employees, including station agents.

But Matt Maguire, president and chief operating officer of OneJet, calls his company “a next generation, right-size regional airline.” He also acknowledges that it’s still very much a work in progress.

In just 18 months, OneJet has made strides toward transforming the regional airline industry with a unique concept aimed at providing service to underserved markets.

OneJet is less an actual airline than a “public charter,” licensed by the U.S. Department of Transportation (DOT) to arrange charter flights using other operators.

Maguire, 30, a California native who graduated from Babson College in Wellesley, Mass., said he always had an “irrational passion” for aviation. During college, he took a summer internship with Linear Air, a small taxi service that operates out of Hansom Field in Bedford, Mass. That experience prompted him to reach out after graduation to several retired airline executives for advice on how to purse a career in regional air service.

Based on research by experts at the Massachusetts Institute of Technology and the DOT, Maguire became convinced there was an opportunity for a small airline to service underserved regional markets.

The goal, Maguire says, was to find “a sustainable, right-size approach to provide nonstop service” between regional cities that have many companies that “rely on regional connectivity.” 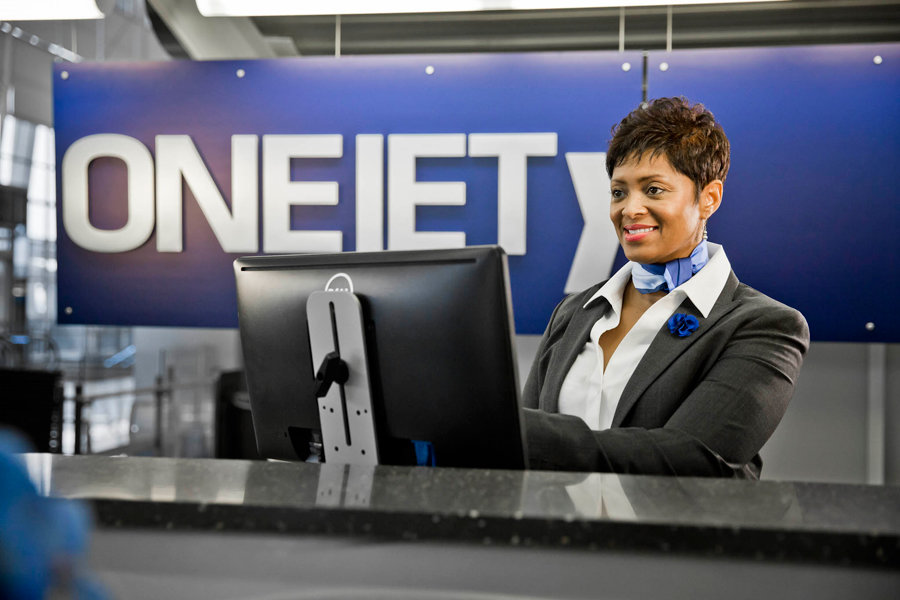 OneJet doesn’t employ any pilots or flight attendants. It has only 15 employees, including station agents. (Photo credit: OneJet)

Ideally, the cities would be 400 to 800 miles apart and have 40 to 80 passengers traveling in each direction five days a week. While a market that size could not sustain service provided by a traditional regional airline, service provided using a seven-seat small jet would be able to offer nonstop service “that would be very convenient and go after the top seven paying customers in that market on that day,” he explained.

Both airports had previous served as hubs for carriers that subsequently were acquired by other airlines.

The question was, Maguire said, to find out if “you could get six or seven people who don’t know each other get on a light jet aircraft and fly for 45 minutes or an hour and enjoy the experience.” Equally important, Maguire said, was whether corporate travel departments would buy into the program.

The answer, he said, was yes.

In addition to offering the only nonstop service between the selected cities, Maguire said OneJet succeeded because it made its flights easily accessible by using major airports rather than smaller, secondary airports that traditionally service private aircraft.

Maguire emphasized that OneJet was not “putting people on private jets.”

“The project here is nonstop service. That’s the basis on which we’re going to compete,” he said. The goal, he said, was to create “a very normalized flight experience.”

Travelers “pay more than you would on connecting service – but not much more,” he said.

Just a month after its start, OneJet announced it was adding flights from both Milwaukee and Indianapolis to Pittsburgh.

Within a year, however, OneJet announced a change in strategy. It declared that Pittsburgh, a one-time US Airways hub that lost more than 600 daily flights due to airline consolidation, would become the “nexus point” of its operation. Instead of point-to-point service between midsized cities, OneJet would provide nonstop service from Pittsburgh to Milwaukee, Indianapolis and Hartford, Conn.

OneJet also announced that it was dropping Penastar Aviation as its primary flight operator in favor of Corporate Flight Management, an aviation service company based in Smyna, Tenn. Maguire said the change was made because Penastar’s operating license did not allow it to conduct as many daily fights as OneJet required.

To help launch the airline, Maguire has attracted an impressive list of advisors and member of its board of directors, including former DOT Secretary Ray LaHood, MIT Chancellor Cynthia Barnhart, and former Kayak Chairman Terry Jones.

Maguire recently announced that Fred Reid, the former president of Delta Airlines and the co-founder of Virgin America Airlines, would also be joining the board. Maguire said that while LaHood and other board members “have put their reputations where their mouths are,” Reid has “brought a lot of capital to the table and continues to do so,” in effect “putting his money where his mouth is.”

OneJet has also relied on the communities it serves to put up a substantial amount of money towards its operations.

Pittsburgh is a good example. The Steel City, once a major hub for US Airways, lost its hub status following US Airways merger with American Airlines.

To fill the gap, the Commonwealth of Pennsylvania, the Redevelopment Authority of Allegheny County and prominent corporate backers put together a $2.5 million deal to lure the carrier to its airport.

In Louisville, in a deal put together with the local chamber of commerce, OneJet received a $400,000 cash infusion from undisclosed investors to attract the new flight service to the city. Maguire was quoted in a local business publication as saying that Louisville’s investment could eventually reach $1 million.

Maguire said communities that see air service as of their top priorities will be “motivated” to put their capital to work to get the service that they want.

As for expansion, Maguire said OneJet is looking at small- to medium-sized cities that formerly served as hubs for other airlines as “low-hanging fruit,” presenting attractive opportunities for OneJet. He sees future expansion as slow but steady.

Maguire said OneJet typically tries to price its fares $50 to $100 each way higher than competing services, a premium many are willing to pay for nonstop service. He noted that the airline had abandoned its previous pricing policy, which charged the first customer for a flight pay the top price, with fares declining for each subsequent passenger. 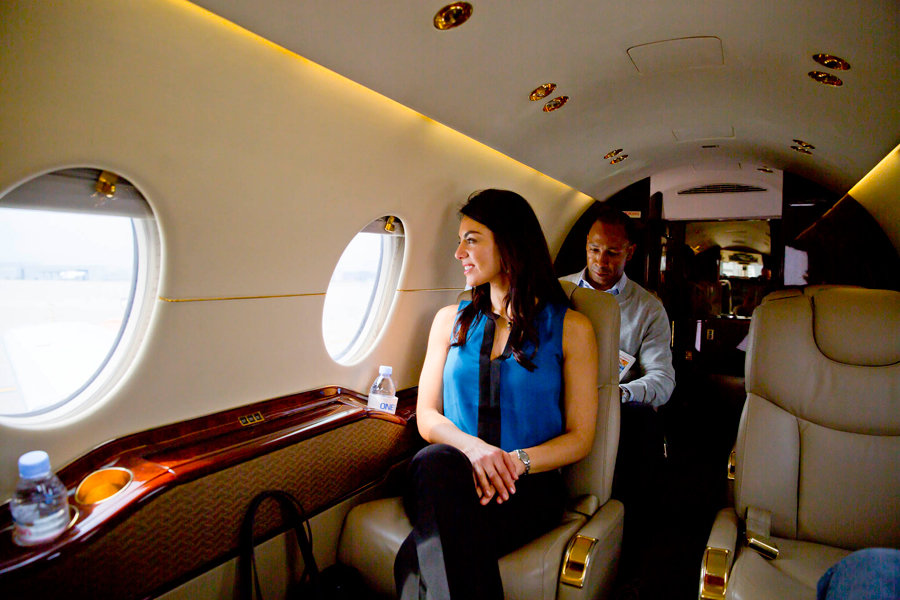 Maguire said he’s uncomfortable when people refer to his airline as the Uber of air service..

“When we first came out, we were doing out best to ensure that this was not perceived as a luxury product or a private jet product,” he said. “So I actually hated the fact that we were called ‘the Uber of private jets.’ That’s not what we’re doing and that’s not how we want to be perceived.”

He added, however, “If you call us, the Uber of regional transportation, I’d be OK with that.”