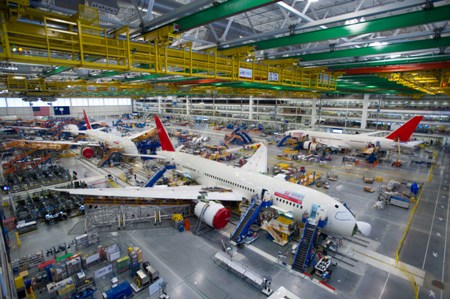 Boeing has rolled out of the factory the first 787 Dreamliner to be built at the increased production rate of seven airplanes per month.

Boeing’s 787 program is on track to achieve a planned 10 per month rate by year-end. The production rate accounts for airplanes built at the Everett Final Assembly facility, the Everett Temporary Surge Line and Boeing South Carolina.

To date, 50 787s have been delivered to eight airlines. The program has more than 800 unfilled orders with 58 customers worldwide.