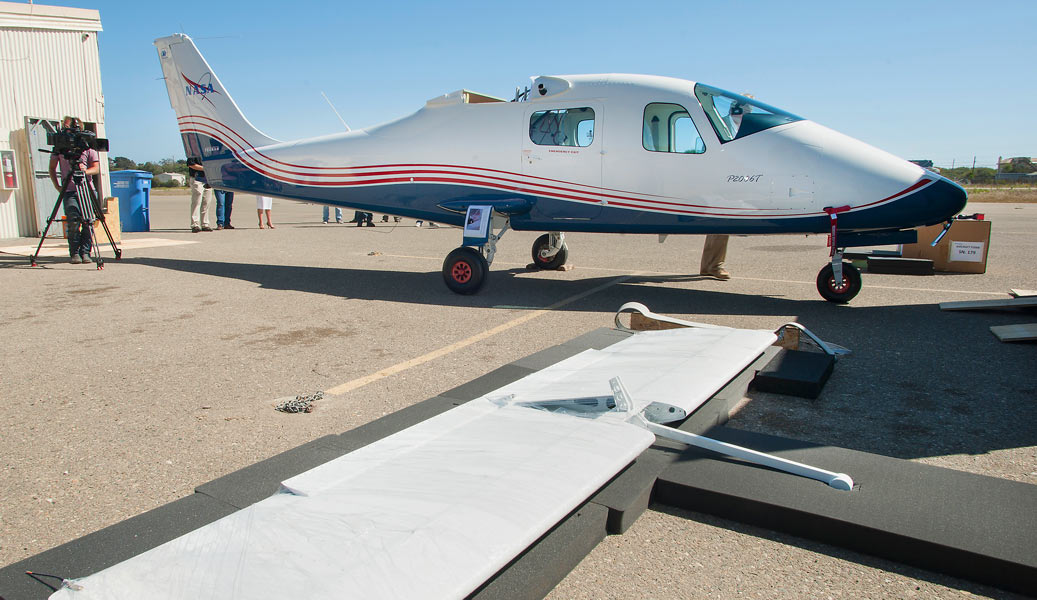 X-57 is the first NASA X-plane to feature a fully distributed electric propulsion system, which researchers will use to demonstrate an increase in cruise energy efficiency, as well as reductions in carbon emission and aircraft noise. The wing will be manufactured and integrated on the P2006T fuselage by the US based company Xperimental.

NASA’s aeronautical innovators hope to validate the idea that distributing electric power across a number of motors integrated with an aircraft in this way will result in a five-time reduction in the energy required for a private plane to cruise at 175 mph.

Researchers hope to fly an early version of the modified Tecnam P2006T piloted X-plane early next year, enabling NASA engineers to easily compare the performance of the X-57 version with the standard production Tecnam P2006T Twin.

Before flying the real aircraft, test pilots and engineers at NASA’s Armstrong Flight Research Center in Edwards, California are “flying” a simulator designed to the innovative specifications of the X-57 Maxwell, which will be NASA’s first piloted X-plane in two decades.

The Tecnam P2006T Twin, designed by Professor Luigi Pascale, has already established itself as the aircraft of choice by many of the world’s leading Flight Training Organisations. Bringing together Italian innovation, engineering and design flair, the P2006T has also been modified and currently undertakes a wide range of aerial missions including for surveillance, observation, surveying, aerial mapping and many other special mission tasks.