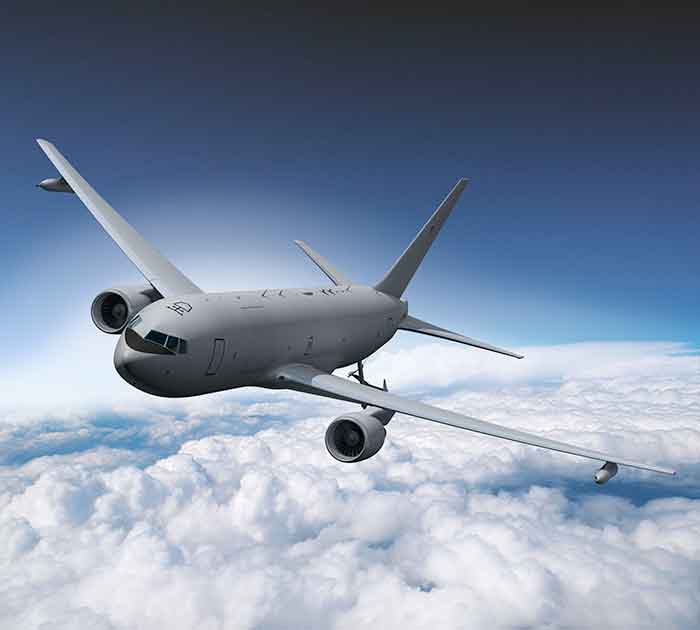 The U.S. Air Force and Boeing have validated the final design elements of the KC-46A Tanker and concluded that the proposed design embodies and can meet Air Force requirements, clearing the way for production and testing of the next-generation aerial refueling tanker.

“I’m pleased to report that the design of the KC-46A tanker has been locked down,” said Air Force Maj. Gen. John Thompson, Air Force Program Executive Officer for Tankers. “This is great news for the nation’s warfighters. The joint government and Boeing team stayed focused on the design review objectives, and truly delivered.”

The KC-46A is based on the commercial Boeing 767-200ER, a proven airframe in service worldwide as an airliner, freighter and tanker. The company has delivered more than 1,050 767s.

“The KC-46A’s design is all about giving the warfighter an edge,” said Maureen Dougherty, Boeing vice president and KC-46 program manager. “The aircraft’s powerful, multi-role capabilities and high reliability will mean greater effectiveness and availability to meet more mission requirements.”

Boeing began assembling the wing for the first tanker aircraft on June 26.

If all options under the current contract are exercised, Boeing expects to deliver 179 tankers so the Air Force can begin replacing its fleet of KC-135 Stratotankers. By 2017, Boeing is to build four test aircraft and deliver 18 combat-ready tankers.