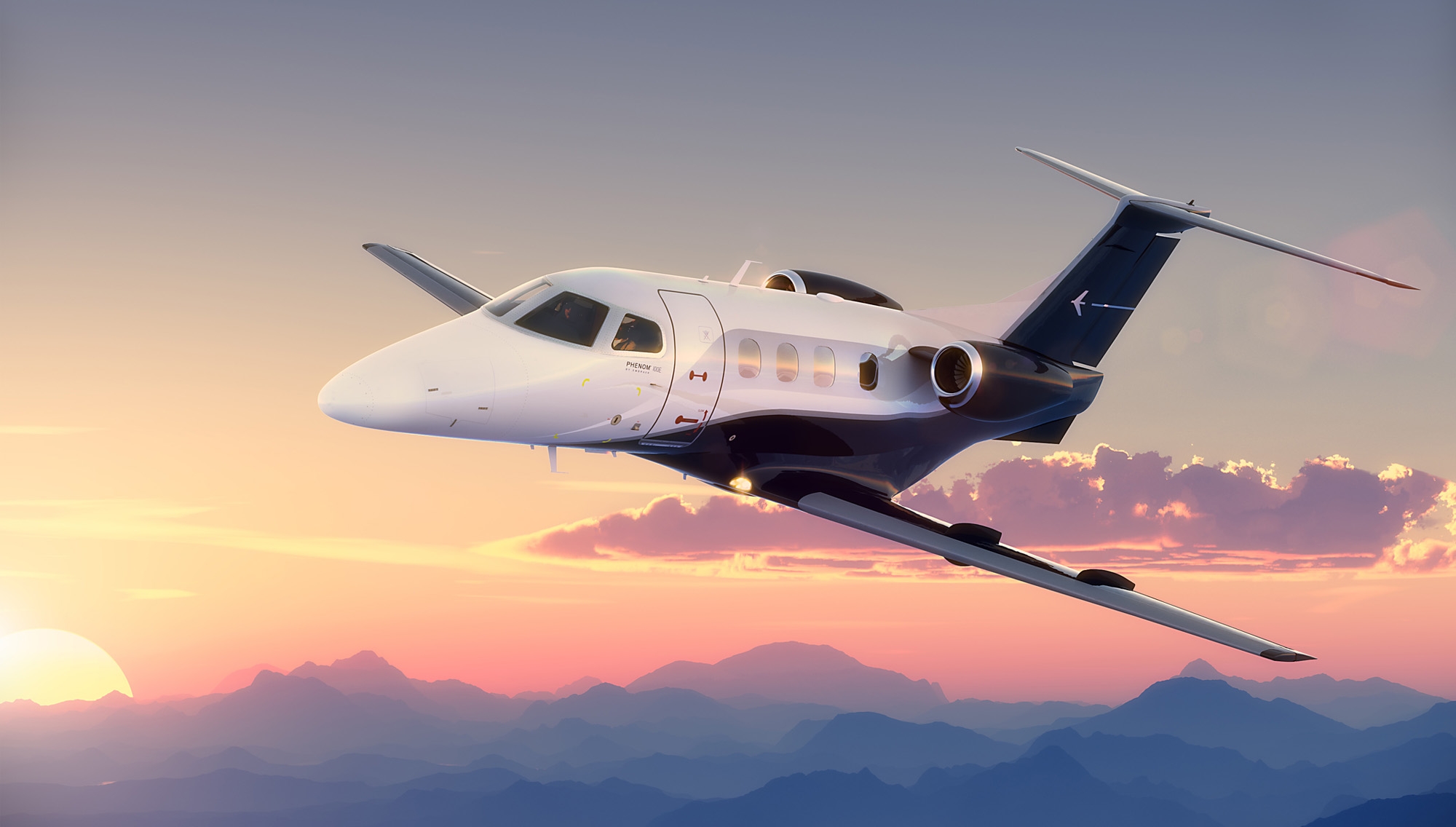 “Emirates’ dedicated flight training center offers one of the industry’s most innovative and advanced airline pilot training programs,” said Marco Tulio Pellegrini, President & CEO, Embraer Executive Jets. “We are pleased to be one of Emirates’ key partners by providing them the jet training aircraft adopted to fulfill their future demand for highly skilled professional airline pilots.”

The Phenom 100E features the most advanced technologies for the present and future needs of flight training academies. Based on Embraer’s 45-plus years of experience in commercial aviation, the Phenom 100E was designed for high utilization and offers an integrated state-of-the-art cockpit, docile flying characteristics, and low maintenance and operating costs, making it the ideal airplane for pilot jet training. The Phenom 100E is already serving flight schools in the U.S., Finland and Australia.

Adel Al Redha, Emirates’ Executive Vice President and Chief Operations Officer, said: “Industry forecasts show growth in the need of pilots, particularly over the next few years. The Middle East and the Gulf region will have the highest demand for pilots to support its expansion and introduction of new aircraft. The Emirates Flight Training Academy is our investment and response to this pressing need. The academy will offer training programs using the latest available technology and advanced aircraft. Our decision to purchase these new aircraft for training underscores our commitment to equip the Academy, as well as the aviation industry, with the infrastructure needed to produce a highly-skilled pilot workforce. While the biggest beneficiary of this program is Emirates, it’s our plan to offer the program to external candidates around the world.”

Emirates is one of the fastest-growing airlines in the world, operating a modern fleet of over 240 wide-bodied aircraft across a global network of more than 145 destinations in six continents. To operate its constantly expanding fleet, Emirates recruits candidates for pilot jobs from around the world to work alongside a multicultural team of more than 160 nationalities.

As part of the signing ceremony celebration, one Phenom 100E in the Emirates Flight Training Academy’s livery will be on static display at the Dubai Airshow from November 8-12, 2015.

In 2003, Emirates, the world’s largest international airline, announced plans to launch the Emirates Flight Training Academy to help address the industry’s growing need for trained pilots in conjunction with the continued growth of commercial aviation.

The Emirates Flight Training Academy is currently under construction at Al Maktoum International-Dubai World Central. Once completed, the Academy will be able to accommodate up to 500 cadet pilots at a time.

The facility will include ground school classrooms, ab initio flight training, ground-based simulators, a specialized runway, maintenance center, housing accommodations for men and women, a gym, football pitch, tennis courts and a mosque. The first phase of construction – which includes the ground training facility and runway – is expected to be completed in 2016, with the remainder of the facility due to open shortly after.