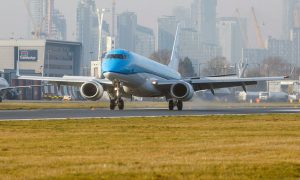 After 20 years in the airline business, he has decided to continue his career in another business sector, at Royal Boskalis Westminster. His successor will be announced in the near future.

“I would like to thank Bram most sincerely for his significant contribution to the Group’s development in the various positions he has held over the years. The members of the Executive Committee join me in wishing him every success in his new professional environment” said Alexandre de Juniac, Chairman and CEO of Air France-KLM.