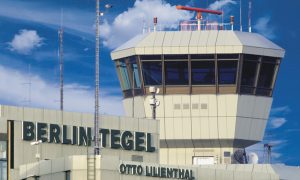 On 14 November 2016, an airberlin flight will head from Dusseldorf to Geneva for the first time.

On 14 November 2016, an airberlin flight will head from Dusseldorf to Geneva for the first time.

“We are systematically expanding our Berlin and Dusseldorf hubs. Switzerland is an important core market for airberlin. With the inclusion of Geneva in our network, we offer prestigious companies in the region a connection to our international route network via Dusseldorf. At the same time, Geneva is an attractive destination for holiday travellers from North Rhine Westphalia and the Netherlands”, said airberlin Chief Executive Officer Stefan Pichler.

The new flight offer connects Geneva to the airberlin intercontinental route network: the United States, Abu Dhabi and the Caribbean can be reached with a short stop in Dusseldorf. Furthermore, within Europe, travellers from Geneva will also benefit from short transfer times in Dusseldorf for flights to Hamburg, Dresden, Stockholm and Copenhagen as well as to tourist destinations such as Ponta Delgada in the Azores, Keflavik in Iceland, or the flower island of Madeira.

airberlin is massively increasing its long-haul route network to the United States and expanding the summer 2017 offer by approximately 50 per cent, from 55 to 78 non-stop flights per week from Berlin and Dusseldorf. Orlando is a new destination in the airline’s route network from Dusseldorf. From Berlin, the two Californian destinations of San Francisco and Los Angeles will be added to the programme with three and four flights a week, respectively.