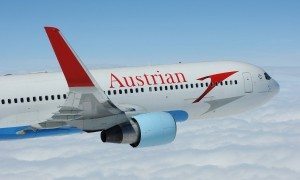 Heinz Lachinger, the longstanding CFO and Member of the Extended Management Board of Austrian Airlines, will leave the company on his own request at the end of March 2018.

Heinz Lachinger, the longstanding CFO and Member of the Extended Management Board of Austrian Airlines, will leave the company at his own request at the end of March 2018.

The search for a successor has already been initiated in order to ensure as orderly a transfer of responsibilities as possible.

“In 2018, Heinz Lachinger will have helped shape the company for more than 30 years, and made a decisive contribution towards leading Austrian Airlines from its status as a state-owned firm in difficult economic times to its operating as a private, profit-oriented company. The fact that Austrian Airlines will make a profit in 2017 for the fifth straight year can be strongly attributed to the work our CFO has done”, says Kay Kratky, CEO of Austrian Airlines. “For this reason, we very much regret his decision. With Heinz Lachinger, the company not only loses an excellent CFO and top manager, but also a person whose heart is in the right place”, Kratky adds.

Ulrik Svensson, Deputy Chairman of the Supervisory Board of Austrian Airlines and CFO of the Lufthansa Group, states:

“Heinz Lachinger has made a major contribution to the turnaround of Austrian Airlines. We would like to thank him and wish him every success in his next professional challenge.”

Heinz Lachinger began his professional career in 1987 in the capital investment division of the former bank Creditanstalt (now Unicredit Bank Austria). In 1988, he accepted a position in business management at Austrian Airlines. Parallel to his work at Austrian Airlines, he concluded his studies in economics at the University of Hagen in 1999. In 2007, he received an MBA in controlling and finance from the Executive Academy of the Vienna University of Economics and Business. In 1997, the Vienna-born manager assumed his first executive position when he was appointed to serve as Head of Controlling and Sales Support at Austrian Airlines with responsibility for sales in Austria. In 1999, the punctuality management area was built up under his leadership. In the same year, he was assigned management responsibility for Controlling, Operational Planning and Long-Term Resource Planning for Cabin Services. In the year 2001, Lachinger was named Head of Group Controlling at Austrian Airlines, and a year later he was named Vice President of Controlling & Accounting. Starting in 2008, Heinz Lachinger was also given responsibility for Procurement, Treasury, Asset Management, Insurance, Strategic Investment Management and Risk Management.

Since January 2010 he has been a Member of the Extended Management Board, serving as Chief Financial Officer (CFO). In 2013 Lachinger also worked as the interim Head of Human Resources. Under his leadership, the new collective wage agreement for the ground personnel was concluded. In addition to various other positions, Heinz Lachinger was also a Member of the Supervisory Board of Tyrolean Airways as of 2009 and Chairman of its Supervisory Board between 2012 and 2015.