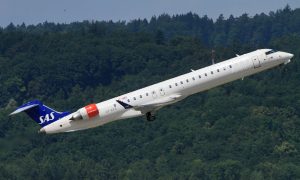 Members of the Independent Pilots Association employed by Cityjet at London City Airport have voted overwhelmingly in favour of industrial action commencing on 22nd August 2016.

“This is as a direct consequence of the company’s persistent attacks on their pay and conditions of service resulting in them facing real cuts in their take home pay. This comes on top of five years of austerity and frequent changes to working conditions that the pilots have borne to support the company during difficult times but despite improving trading conditions and money being made available to some parts of the business the pilots continue to be side-lined and their concerns ignored”, the Independent Pilots Association said in a statement.

The company’s refusal to engage through ACAS on meaningful terms with the pilot’s representative body, the IPA, has left the pilots with no alternative but to reluctantly choose to take Industrial Action. Strike action is always a last resort but in this case management have shown a dogged resistance to a meaningful positive change and an improvement in the terms and conditions of pilots that are necessary if they wish to continue to enjoy their support.

In this regard, Cityjet spokesperson said:

“The statement by the Independent Pilots Association (IPA) is incorrect. CityJet has offered to go to the UK workplace relations organisation, ACAS, a move which was rejected by the IPA. The company is still willing to engage in an arbitration process through ACAS”.

“CityJet did not cut the salaries or activity pay of our pilots in London City Airport during the recent years of austerity and downturn, a practise common across all industries during the recession. CityJet believes the threatened action by a minority of pilots centres on the opening by the airline of an Amsterdam base and the consequent loss of overnight allowances enjoyed by some London based pilots for nights spent away from base”.

“The IPA  ballot was carried by 14 votes out of the 19 pilots who voted, who make up part of IPA’s 26 membership  base with the company in London. CityJet has over 50 pilots based at London City. The 14 pilots voting for industrial action represents just 26% of the pilot workforce in London”.

“CityJet condemns this proposed action by a minority of its pilot workforce. The airline would like to assure passengers planning to travel that all steps are being taken to prevent disruption to service”.