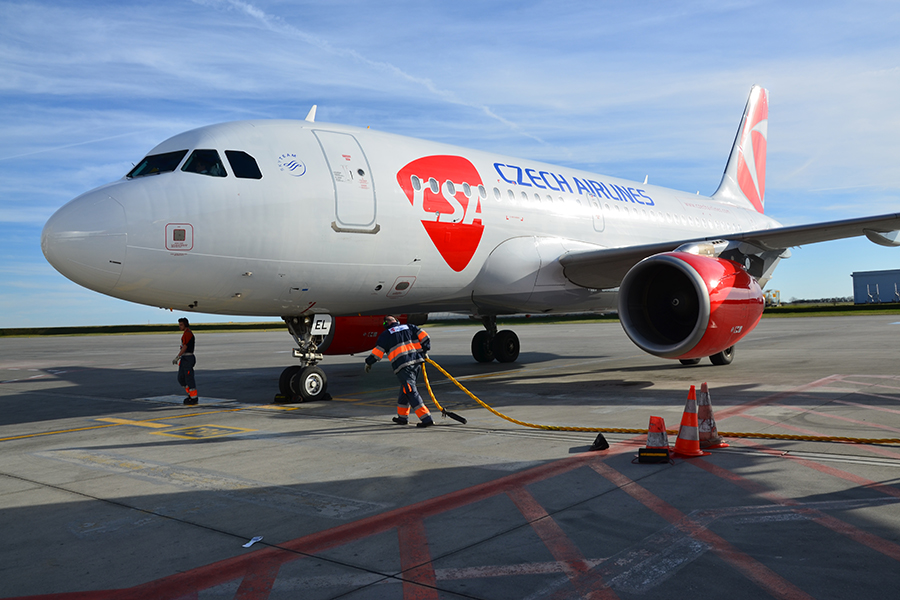 A seasonal service connecting Riyadh and Prague, which will be operated by Czech Airlines from the beginning of July to the end of September, is a new addition to the timetable. Czech Airlines will also re-launch its seasonal flights to Bilbao, Porto, Liverpool, Linköping and Växjö, which were launched last summer. Other new destinations, such as Ajaccio, Alghero, Kefolinia, Rovaniemi, Oulu, Turku, Vaasa, Bergen and Trondheim will be added to the timetable thanks to co-operation with Travel Service, Finnair and SAS Scandinavian Airlines. This summer season, Czech Airlines will operate regular scheduled flights to 47 destinations in 23 countries and, in co-operation with its partners, to more than 130 destinations in 44 countries.

This summer season, Czech Airlines will slightly increase its operation year-on-year. The carrier will launch and relaunch 11 destinations in West and East Europe and in the Near East. For this reason, the carrier’s fleet will be enhanced by two aircraft. For the main summer season, i.e. from May 2016, the company will wet-lease a Boeing 737-400 OM-GTB for six months, and from the end of April, it will expand the fleet by a fourth in-line ATR 72-500 aircraft with the OK-MFT registration mark.

Czech Airlines will launch operations of its new seasonal connection to capital of Saudi Arabia, Riyadh, on 5 July 2015, offering two return frequencies a week. New flights will leave Prague on Tuesdays and Saturdays at 7 p.m., arriving in Riyadh at 1:55 a.m. local time the next day. Return flights will leave Riyadh at 3:30 a.m. on Wednesdays and Sundays and arrive in Prague at 8:35 a.m. The route will be serviced with Airbus A319 and the flight between Prague and Riyadh will take six hours. Ticket sales for the new Prague – Riyadh route within the entire distribution network will start on Monday, 4 April 2016.

This summer, Czech Airlines will launch operations on its new routes to Malta, Birmingham, Helsinki, Pisa, Zagreb, Skopje, Odessa, Kaliningrad, Kazan and Ufa. “We returned to the regular service to Helsinki at the beginning of March after nearly a 5-year-break. This summer season, we will offer a daily service between Prague and Helsinki. Thanks to the extension of our co-operation with Finnair, we can now offer customers both up to three connections to/from Helsinki a day and a number of connecting flights in Finland, for example to Rovaniemi, Oulu, Turku and Vaasa which will be a part of online sales via our website,”Ján Tóth, Czech Airlines Director for Commerce and Marketing stated.

Czech Airlines plans to offer a year-round service to Birmingham, Helsinki, Zagreb, Skopje, Kaliningrad, Kazan and Ufa. The carrier will handle the first flights to the new destinations in the second half of April, with the exception of Helsinki, where operations were launched on 3 march 2016. During May and June, Czech Airlines will add frequencies on selected routes based on demand trends. Czech Airlines will provide 5 return flights a week to Birmingham, 4 to Zagreb, 3 to Skopje and 2 weekly frequencies to Kaliningrad, Kazan and Ufa. Moreover, this summer, Czech Airlines will launch new seasonal routes to Malta, Pisa in Italy and Odessa in Ukraine. Services to these destinations will be offered during the main summer season, i.e. to Malta from 11 June with two frequencies a week, to Pisa from 3 May with up to three weekly connections and to Odessa from 27 April, also three times a week.

Of last year’s new destinations which proved successful, Czech Airlines will operate regular summer connections to Bilbao, Porto, Liverpool, Linköping and Växjö in Sweden and year-round services to Venice, Billund and Bologna. “Compared to last summer, we have prepared a boost for our connections to Italy. Czech Airlines will fly daily to Venice and Bologna – the new timetable additions of last year, and we will also add frequencies on our routes to Milan and Rome. We will also enhance our service to Kyiv, adding a direct Prague – Kyiv connection to our schedule and keeping the Košice – Kyiv connection which was launched last May and has successfully established its position in the market,” Ján Tóth added.