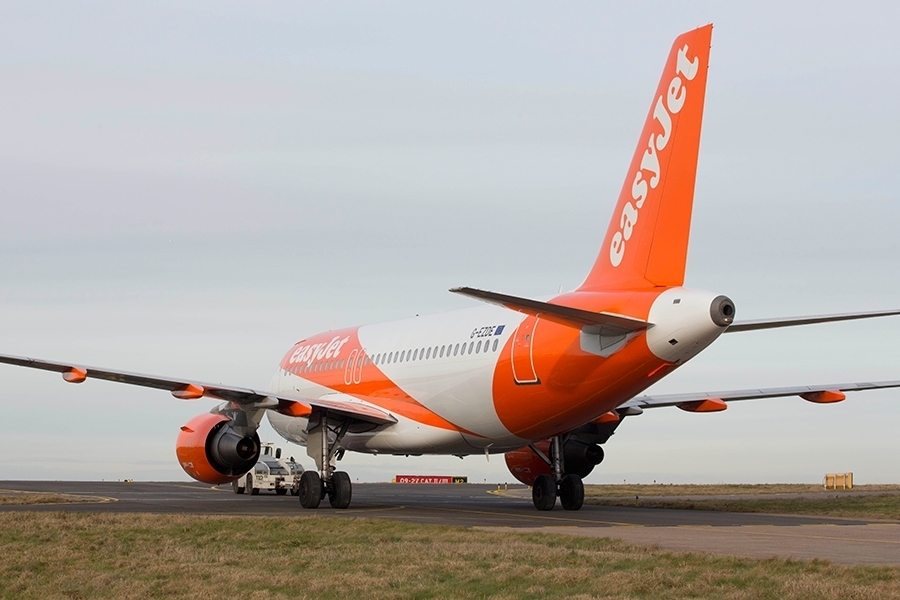 easyJet today celebrated the opening of its new base at Schiphol Airport, Amsterdam and announced plans to add a fourth aircraft to its fleet at the airport from October 2015 onwards.

The base delivers local jobs, a greater selection of destinations, and easyJet’s winning combination of low fares and friendly service. The extra aircraft means another estimated 40 jobs will be created, bringing the total number of easyJet employees based at the airport and employed on Dutch contracts to around 160.

CEO Carolyn McCall arrived at the airport this morning in a special Dutch-themed aircraft, with Holland’s signature tulips decorating the airline’s recently revealed new livery.  As the plane parked on stand, a one-of-a-kind giant orange clog was positioned around the plane’s nose gear to mark the opening of the base with an iconic symbol of the country. Together with Jos Nijhuis, President Schiphol Airport, Ms McCall cut the inaugural ribbon at the official opening ceremony, attended by easyJet’s new Dutch crew, airport officials, and industry partners.

“Opening a base at Schiphol is an important strategic move for easyJet. easyJet is already the second largest airline at Amsterdam – one of Europe’s leading airports serving a large and growing aviation market with strong passenger demand both to and from the Dutch capital.

“After flying to and from Amsterdam for so many years, it is great that we are finally able to call the airport “home” for easyJet pilots and crew.

“Schiphol was easyJet’s first destination outside of the UK back in 1996 and today we fly to and from London 108 times per week – a brilliant example of the strength of easyJet’s network and schedule.

“Around one third of passengers on our Amsterdam flights are traveling on business and we are sure our improved European network will make travel easier and more affordable.

“I would like to thank the airport for their support and to local and national politicians who recognise the value easyJet brings to the Dutch economy.

“We look forward to building on our long term commitment to Amsterdam.”

The base opening has enabled easyJet to introduce nine new destinations including Corfu, Dubrovnik, Hamburg, Ibiza, Nice, Olbia, Palermo, Toulouse, and Venice, bringing the total number of destinations from Amsterdam for the airline to 29. Earlier this week, the airline also announced that it will start flying from Amsterdam to Milan Linate airport, which is ideal for business passengers due to its close proximity to Milan’s city centre.

Last week easyJet opened its 25th base in Porto, Portugal. The airline is basing two aircraft at the base and plans to double the routes it offers from the region.