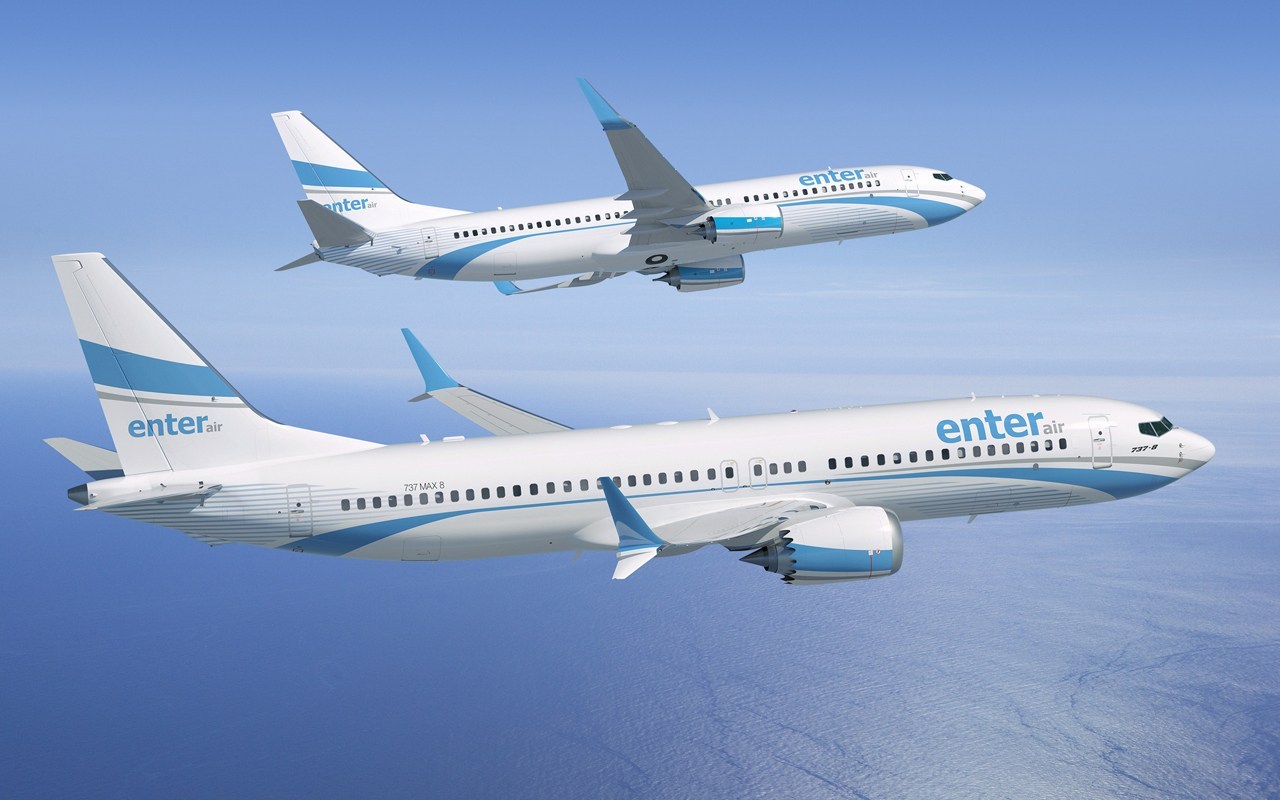 Boeing and Enter Air announced the Polish airline is expanding its commitment to the 737 family with a new order for two Boeing 737-8 airplanes plus options for two more jets.

“Despite the current crisis, it is important to think about the future. To that end, we have agreed to order additional 737-8 aircraft. Following the rigorous checks that the 737 MAX is undergoing, I am convinced it will be the best aircraft in the world for many years to come,” said Grzegorz Polaniecki, general director and board member, Enter Air.

Enter Air and Boeing have also finalized a settlement to address the commercial impacts stemming from the grounding of the 737 MAX fleet. While the details of the agreement are confidential, the compensation will be provided in a number of forms and staggered over a period of time.

“In the settlement with Boeing, we agreed to revise the delivery schedule for the previously-ordered airplanes in response to current market conditions. The specific terms of the settlement are strictly confidential, but we are pleased with the way Boeing has treated us as its customer,” added Polaniecki.

“We are humbled by Enter Air’s commitment to the Boeing 737 family. Their order for additional 737-8s underscores their confidence in the airplane and the men and women of Boeing,” said Ihssane Mounir, senior vice president of Commercial Sales and Marketing, The Boeing Company. “We look forward to building on our decade-long partnership with Enter Air and working with the airline to safely return their full 737 fleet to commercial service.”