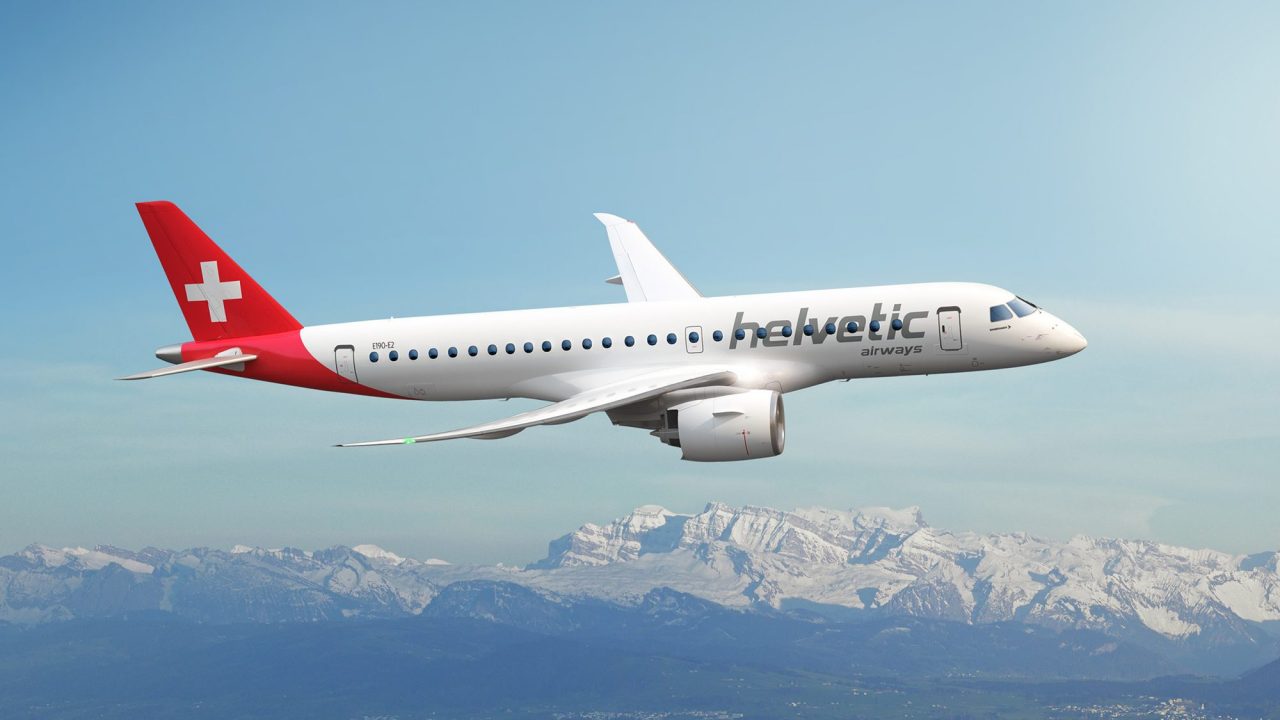 The purchase options for a further 12 aircraft (E190-E2 or E195-E2) will enable Helvetic Airways to grow according to market opportunities.

Embraer and Helvetic Airways have signed a contract for a firm order of 12 E190-E2 jets.

This agreement was announced as a Letter of Intent (LoI) at the recent Farnborough Air Show, in July.

The firm order has a value of USD 730 million, based on current list prices, and will be included in Embraer’s 2018 third-quarter backlog.

The contract also includes purchase rights for a further 12 E190-E2, with conversion rights to the E195-E2, bringing the total potential order up to 24 E-Jets E2s. With all the purchase rights being exercised, the deal has a list price of USD 1.5 billion.

The announcement was made by the two companies during the Zurich debut of the E190-E2, as part of its tour of Europe and the Commonwealth of Independent States (CIS).

The purchase options for a further 12 aircraft (E190-E2 or E195-E2) will enable Helvetic Airways to grow according to market opportunities.