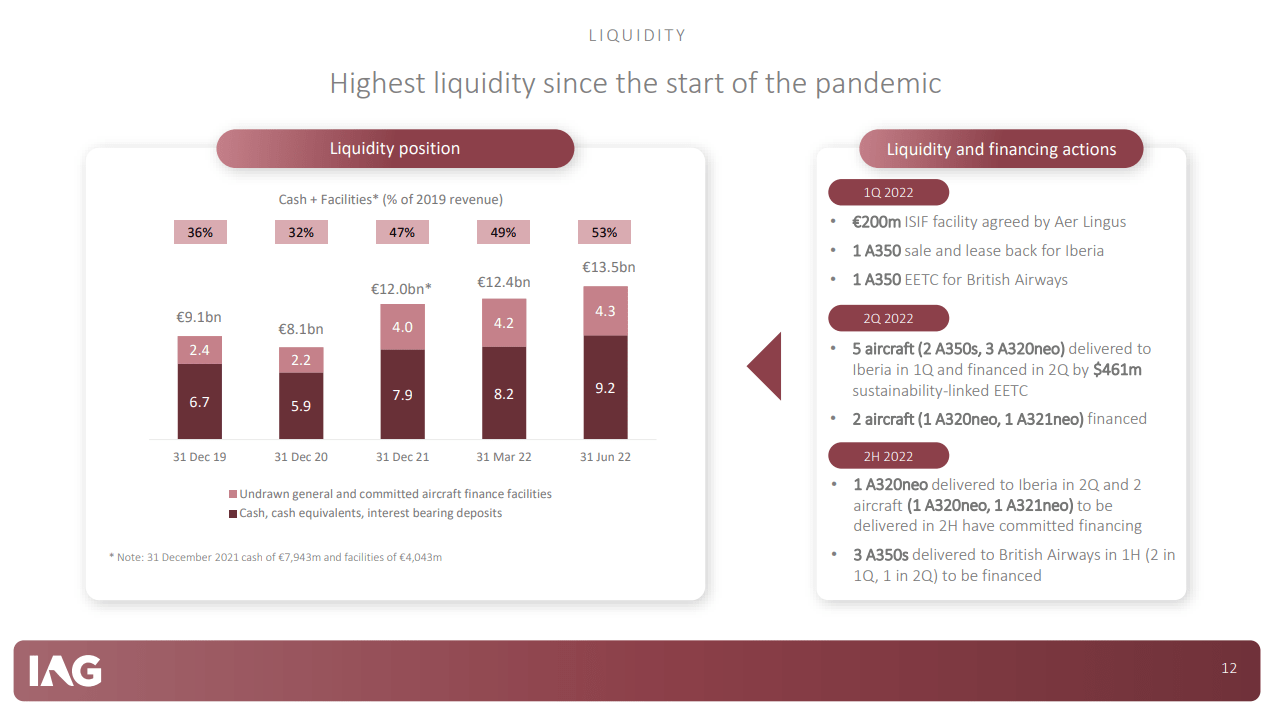 During September, BALPA’s (British Airways main pilots’ union) industrial action initially scheduled for the 9, 10 and 27 led to an initial cancellation of 4,521 flights over a period of seven days. Subsequently, 2,196 flights were reinstated leaving 2,325 cancellations.

British Airways also introduced flexible commercial policies on 4,070 flights not directly affected by the industrial action. These policies enabled customers to re-book flights or receive a refund. The net financial impact of the industrial action is estimated to be €137 million. In addition, there were further disruption events affecting British Airways in the quarter, including threatened strikes by Heathrow Airport employees, which had a further net financial impact of €33 million.

IAG estimates that the latest booking trends in its low cost segments (primarily Vueling and LEVEL) will have an adverse financial impact of €45 million.

There have been no further talks between British Airways and BALPA. The airline’s offer of an 11.5 percent pay increase over three years still stands and has been accepted by British Airways’ other unions, representing 90 percent of the airline’s employees. Clearly, any further industrial action will additionally impact IAG’s full–year 2019 operating profit.