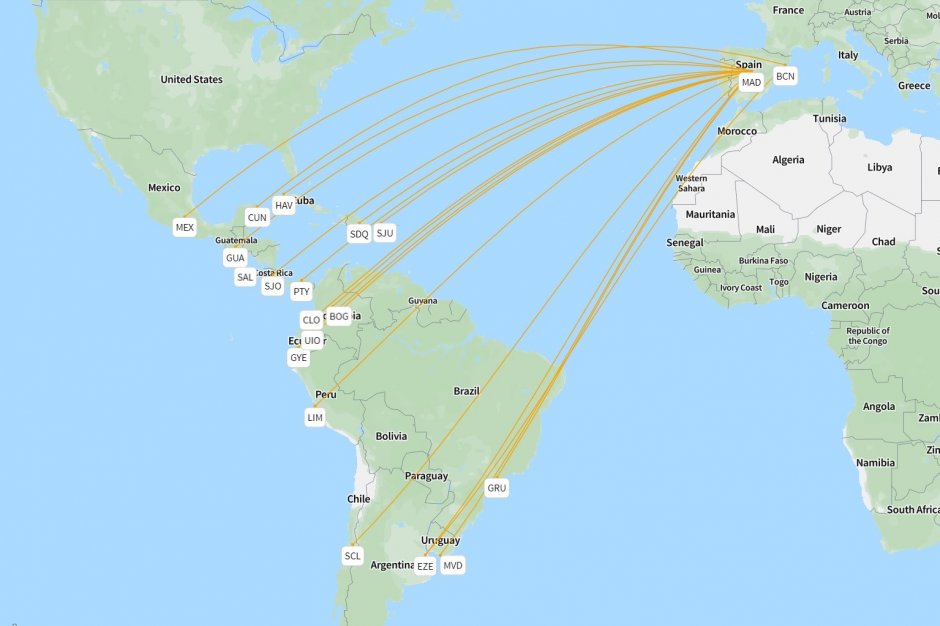 Starting on June 15th, the Spanish airline will operate four weekly Oslo – Madrid flights. In addition, Iberia will fly twice weekly between Bergen and the Spanish capital from June 1st through September 30th.

The additional flights will upgrade connectivity between Norway and Spain, and especially to Latin America.

Iberia, the airline founded in 1927, is boosting its coverage of Norway to record levels. Three years ago, the Spanish air group launched a twice-weekly service between Oslo and Madrid during the summer months. As of June 15th it will fly between the two cities the year round.

In addition, the Spanish airline will link Bergen and Madrid twice weekly from June 1st until September 30th.

Used on the routes will be Airbus A-320 family aircraft seating between 141 and 200 passengers in two cabins: Business and Economy.

“We are happy that Iberia is strengthening its operations to and from Norway. With added frequencies and full-year operations, Oslo and Madrid become even closer. The new schedule also improves the connectivity to Iberia’s network in Spain and to Latin America. Bergen is fast becoming Norway´s main tourist destination, and this new route is another example of the attractiveness of the gateway to the Norwegian fjords and scenic nature”.

“The expansion of our Oslo operations and the launch of the Bergen-Madrid route make us an alternative for all those travelers from Norway who wish to fly to Spain and especially to Latin America. At the same time, we are making it easier and faster for many people to travel to Norway for business or pleasure.”

Travelers to and from Oslo and Bergen will find connections in Madrid to other cities in Spain, such as Almeria, Granada, Jerez de la Frontera, Pamplona, Valencia, and Vigo; and also to Latin American cities, such as Buenos Aires, Montevideo, Lima, Santiago de Chile, São Paulo, and Mexico City.