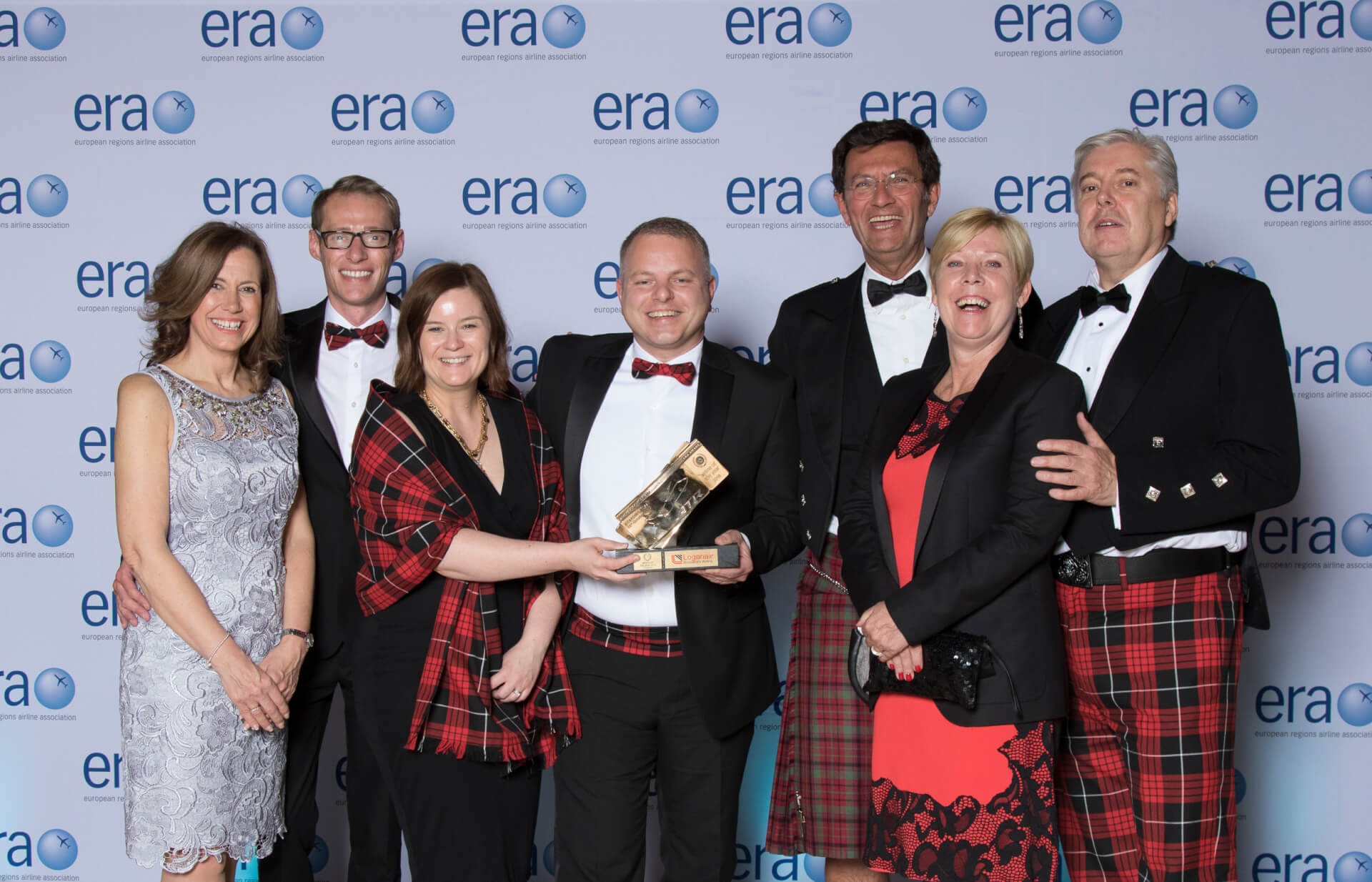 Loganair was declared the winner of the prestigious ERA Airline of the Year Gold Award at ERA’s (European Regions Airline Association) annual awards ceremony on Wednesday 10 October in Edinburgh, Scotland.

“Receiving an award of this calibre is a tremendous privilege, highlighting everything Loganair has achieved since flying solo last year. Everyone in the team has worked incredibly hard to build a regional airline providing sustainable and reliable services for the communities to which we fly. The foundations that we’ve laid over the last year will serve Loganair well for decades to come, and we’re very much looking forward to playing a leading role in the future of the UK’s regional air services.”

The President of Binter, Pedro Agustín del Castillo Machado thanked the association for acknowledging for yet another year the work of the Canary Islands airline, which will, in five months’ time, be celebrating its 30th anniversary. Mr. del Castillo highlighted that 2017 was a very intense year for the transport sector in the Canary islands, where Binter remained market leader in flight connections and took huge strides forward in growth areas such as the design and production of aeronautical parts, reporting a cost-effective close to the financial year.

Titan Airways received the Airline of the Year Bronze Award.

“We are delighted to receive this accolade in what is our 30th year of operations. I happily accept the award on behalf of Titan’s employees. Every one of them rose to the challenge last summer when we were asked to assist the CAA with the largest ever peacetime repatriation following the sad loss of Monarch Airlines. In the past 12 months we have also added three aircraft to our fleet and turnover for the financial year has exceeded £100 million, for the first time in our history. We are an active ERA member, admirably represented by our Operations Director Graham Baguley. We are proud to operate on behalf of many ERA members and to have this endorsement of our business model is very welcome.”