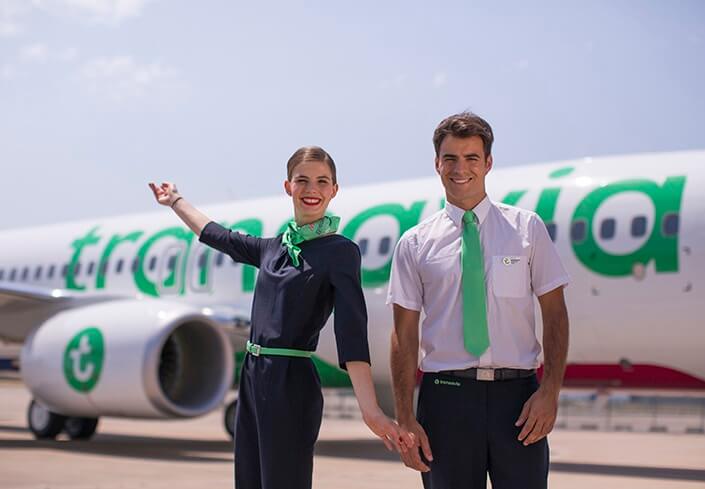 Transavia France, the low-cost carrier subsidiary of the Air France-KLM Group, will base two aircraft at Montpellier Méditerranée Airport from Spring 2020.

Transavia France, the low-cost carrier subsidiary of the Air France-KLM Group, will base two aircraft at Montpellier Méditerranée Airport from Spring 2020.

Montpellier will become the fourth base for the LCC in France, and next summer it will fly to 20 destinations. It joins the carrier’s existing bases in Paris Orly, Lyon and Nantes, as Transavia France continues to strengthen its presence in the French market.

Next spring, Transavia France will be the only LCC with aircraft based in Montpellier. Thanks to stationing two aircraft at the airport, the carrier is proposing to serve a large range of exclusive Mediterranean destinations to the people of Montpellier and its region.

The development of the Transavia France base in Montpellier is because of the region’s economic and demographic dynamism. More than two million people live within 60 minutes of the airport, and every year the city draws more than 5,000 new inhabitants. As a result of this population expansion, Montpellier attracts many young companies and start-ups and has become the leading territory in France in terms of jobs in this sector.

Emmanuel Brehmer, Chairman of the Executive Board of Montpellier Airport said:

“It is with pride and ambition that we welcome this decision. I would like to thank Transavia France for choosing Montpellier as its new base. Let there be no mistake – this is a historic moment and important milestone for our airport and a strong signal for our territory.

“Transavia France with two based aircraft thus marks its confidence in the potential of our market and opens up fantastic development prospects. By 2020, a total of nearly 50 direct destinations will be available from MPL!”

“We are very pleased to announce the opening of our fourth base in Montpellier. The low-cost offer is still undeveloped from this airport, while passenger demand is strong. We will offer beautiful destinations, many of which are not yet directly served.

“For Transavia France, this announcement is an important step in the development of our company with the creation of our first base in the south of France. We are setting up in Montpellier with the desire to become a major player at the airport, as we have done in Paris Orly, Nantes and Lyon. I would like to thank Montpellier Airport for their warm welcome.”