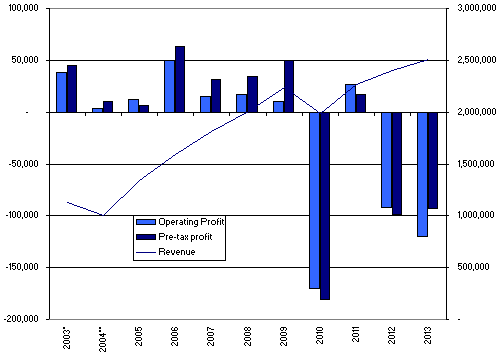 The company, comprising Virgin Atlantic, Virgin Holidays and cargo, reported a pre-tax loss of £26.1 million before tax and exceptional items

The company, comprising Virgin Atlantic, Virgin Holidays and cargo, reported a pre-tax loss of £26.1 million before tax and exceptional items, significantly improved from the £49.0m loss in 2017.

Against a challenging economic backdrop, Virgin Atlantic increased overall revenue by £150m, a 5.8% year on year growth. Passenger numbers have grown by 4.8% to 5.4 million, with results displaying a passenger unit revenue (PRASK) increase of 1.7% the first year of positive growth since 2014. These results put the company in a strong position to realise its plan to revive growth and return to profitability.

The company continued to focus on delivering unrivaled customer service, maintaining its number one IATA customer satisfaction ranking for transatlantic flights and operating its most punctual flying schedule between the US and London Heathrow since 1997.

The performance was impacted by the weakness of GBP versus USD, economic uncertainty and the continued shortage of Trent 1000 engines used on Boeing 787 aircraft.

“2018 saw us delivering safe, industry-leading service and unrivaled customer experience, helping us to secure 4.8% growth in passenger numbers to 5.4m. We remained number one for customer satisfaction across the Atlantic, meanwhile Virgin Holidays increased its NPS score to its highest ever level.

“While a loss is disappointing, our performance has improved in 2018 despite challenging economic conditions and put us on a trajectory for growth and return to profitability.

“We continued to invest in a host of new initiatives to delight our customers, including greater choice by successfully launching three new ways to fly economy. Operationally, we achieved our best arrival performance since 1997 while also introducing four A330-200s in lightning quick time to support our customers through the Trent engine supply issue, which impacted our Boeing 787 fleet.

“Now it is time to build on these foundations and our vision to be the most loved travel company. 2019 is an exciting year for Virgin Atlantic as we undertake several transformative projects. We’ll assume our role as a founding member of a $13bn combined transatlantic joint venture with Delta, Air France and KLM. In the summer, we’ll introduce our brand new A350- 1000 aircraft to the fleet, and launch routes to Tel Aviv and São Paulo. And, the acquisition of Flybe will secure the future of Europe’s largest regional airline, extending the Virgin Atlantic experience and delivering more choice for customers connecting from the UK and Europe on to our long haul network.”

“We’re pleased our strategy has ensured that we can report the first year of positive revenue unit growth across the company since 2014. We remain in a confident and resilient position as we move into 2019, with £150m improvement in revenue and a 1.2% year on year reduction in non-fuel costs.

“While economic factors will continue to challenge us in the year ahead, we’re in a strong cash position with much to look forward to, including the anticipated arrival of our Airbus A350-1000 aircraft – helping to transform our fleet into one of the youngest, quietest and most fuel-efficient in the sky. The A350 will reduce our noise footprint at the airports we fly by 52% and will be 30% more fuel efficient than the four-engine fleet.”