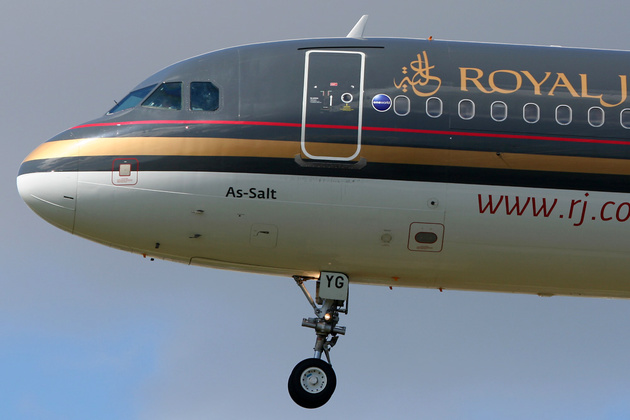 Royal Jordanian Board of Directors approved the financial results for the third quarter and the first nine months of 2019.

The Royal Jordanian Board of Directors approved the financial results for the third quarter and the first nine months of this year during a meeting it held on October 23, 2019.

The meeting was chaired by the Board of Directors Chairman Said Darwazeh, in the presence of Royal Jordanian President and CEO Stefan Pichler.

The company’s financial results have shown remarkable improvement in the net profits achieved in the first nine months of 2019, which stand at JD24.4 million after tax, compared to JD10.2 million for the comparison period of 2018, or a 139% increase.

“The company has continued to post positive financial and operational results in 2019 due to the turnaround plan, launched in the last quarter of 2017, which we are implementing and which aims at enhancing RJ’s financial and operational performance, as well as raising the standard of services we offer our guests. All is done following a clear plan supported by the Board of Directors, a plan that set the ambitious goal of enhancing RJ’s presence and competitiveness regionally and globally, and strengthening its strategic role as the national carrier and a bridge connecting Jordan and the Levant with the world.”

Pichler said that Royal Jordanian is still working to push its staff’s productivity and improve the company’s operational KPIs.

He noted that various performance indicators also improved in the same period: revenues obtained from the Royal Club frequent flyer program increased by 61%, ancillary revenues grew by 13%, revenues from online sales increased by 2%, cargo warehouse revenues by 2%, and revenues from Royal Jordanian’s subsidiary Tikram for airport services by 18%.

The fuel bill decreased by 8%, which contributed to achieving positive financial results in the first nine months of the year.

Pichler added: “Royal Jordanian is on the right path toward the profitability the company and its stakeholders are aiming at. The positive financial results for the first nine months of 2019 ensure that the airline will register satisfactory results by the end of this year; however, they will not be that substantial, due to travel seasonality and lower passenger numbers during the fourth quarter of the year, which is the case for the majority of global airlines and the air transport industry in general.”