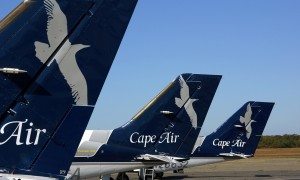 “As the Caribbean continues to rebuild, Cape Air has listened and responded to the demands and needs of these two communities,” said Linda Markham, President of Cape Air. “We are committed to the regions we serve and are delighted to contribute to the improvement of air access for Culebra and Virgin Gorda,” she added.

“The relaunch of these San Juan-based routes is an important element for the recovery of both Puerto Rico’s and the eastern Caribbean’s air access capability, which was seriously affected in the past year and a half. We are certain that Cape Air routes connecting San Juan with Culebra and Virgin Gorda will be successful and continue encouraging the creation of more and better routes between Puerto Rico, the Caribbean and the continental United States,” said Carla Campos, executive director of the Puerto Rico Tourism Company. “Governor Ricardo Rosselló Nevares is committed to strengthening Puerto Rico’s position as “Connector of the Americas” in the Caribbean, and the reactivation of these flights clearly supports that vision”.

“Amplifying our connectivity throughout the Caribbean and from the mainland United States has been without doubt one of our priorities at the Tourist Board. The reinstatement of the San Juan-Virgin Gorda route gives British Virgin Islands guests another easy and accessible alternative to reach our Nature’s Little Secrets. We are very happy that Cape Air is connecting San Juan and Virgin Gorda directly once again, as we share an undeniable bond with our neighboring island and wish to see all our Puerto Rican friends back to our beautiful shores soon,” said Sharon Flax Brutus, Director of Tourism of the British Virgin Islands.

Cape Air has been offering frequent daily flights throughout the Caribbean since 1998. With its Caribbean hub in SanJuan, Cape Air operates more than 80 daily flights to St. Thomas, St. Croix, Tortola, Vieques, Mayaguez, and now Culebra and Virgin Gorda.