In a nod to Southwest’s history, the inaugural MAX 8 flight departed Dallas’ Love Field and flew to Houston, one of the carrier’s original markets first flown in 1971.

“Today, we begin a new chapter in Southwest’s history by introducing the Boeing 737 MAX 8 to our Customers and Employees,” Chairman & CEO Gary Kelly said from aboard the inaugural scheduled flight. “The MAX 8 is the future of the Southwest fleet, and we look forward to connecting Customers to the important moments in their lives through our legendary service delivered with this more fuel-efficient aircraft designed to produce less noise in the communities we serve.” 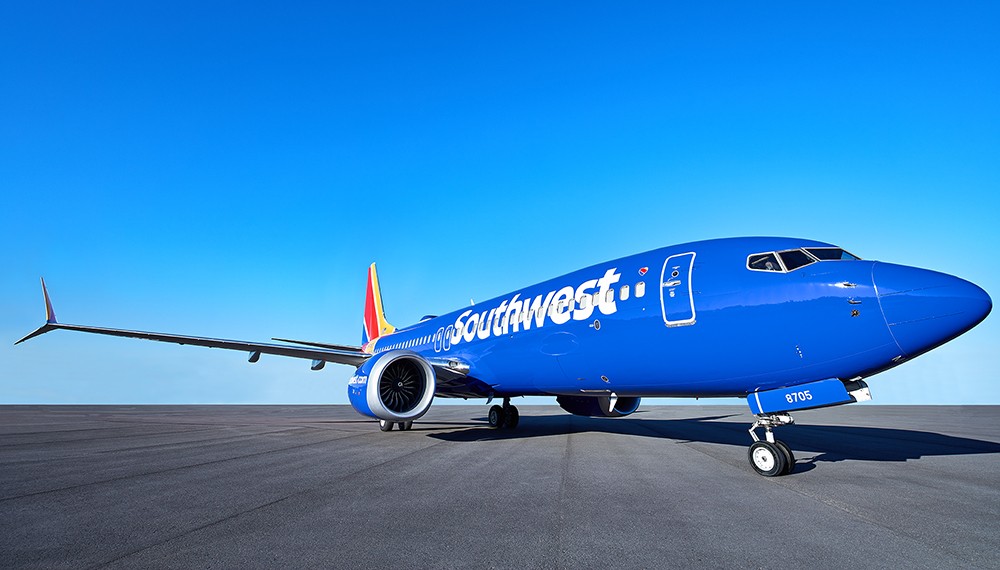 Southwest’s MAX 8 aircraft feature a single-class cabin with 175 seats that offer industry-leading personal space with 32 inches of seat pitch. The new aircraft is further enhanced by the Boeing Sky Interior which offers an LED lighting sequence for each phase of flight and a music-infused cabin experience featuring playlists for boarding and deplaning. Additionally, the MAX 8 is powered by CFM International’s all-new LEAP-1B engines, which are designed to be more fuel efficient and produce less noise.