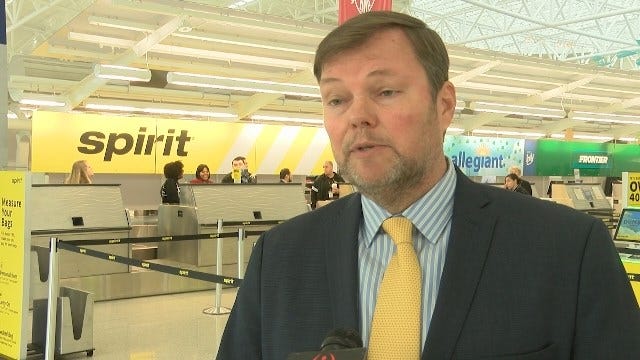 Spirit Airlines announced today it has hired airline veteran John Kirby as its newest Vice President of Network Planning. Kirby will oversee what is set to be a large network expansion in the coming years for Spirit. Kirby is a highly experienced, successful and well-regarded leader who has worked at seven different carriers throughout his 35-year career, most recently at Alaska Airlines as the Vice President of Capacity Planning and Alliances. He will oversee network expansion and scheduling, leading a seasoned team already in place.

“John Kirby’s extensive knowledge and experience will be a vital asset to Spirit Airlines as we continue to grow our domestic and international network,” said Ted Christie, Spirit Airlines’ President.

“John brings with him more than three decades of airline experience that has earned him a sterling reputation as an innovator and leader in moving airlines forward and realizing the potential of untapped routes and markets.”

“I would like to thank Spirit’s executive staff for having faith in my skill to take this airline to the next level as we seize on opportunities to grow our network and schedule.”

Kirby will succeed Spirit’s longtime Vice President of Network Planning, Mark Kopczak, who will be leaving the airline later in 2019.  Kopczak held the role for nearly 19 years and provided invaluable leadership and expertise during the airline’s immense service growth. During his tenure at the airline, Kopczak played an integral role in deploying more than 110 additional new aircraft to create a highly profitable route network. By 2019, Kopczak will have overseen the addition of over 60 cities to Spirit’s network, adding more than 240 additional nonstop routes and more than 600 additional daily flights.

“We would like to thank Mark Kopczak for his leadership and tireless work to grow Spirit to what it has become today,” said Matt Klein, Spirit Airlines’ Senior Vice President and Chief Commercial Officer.

“Mark’s deep logistical knowledge and skill for identifying successful routes and cities have been a key factor to Spirit’s incredible success as a highly-valued international carrier. I speak for the entire Spirit Family when I thank Mark for his service.”