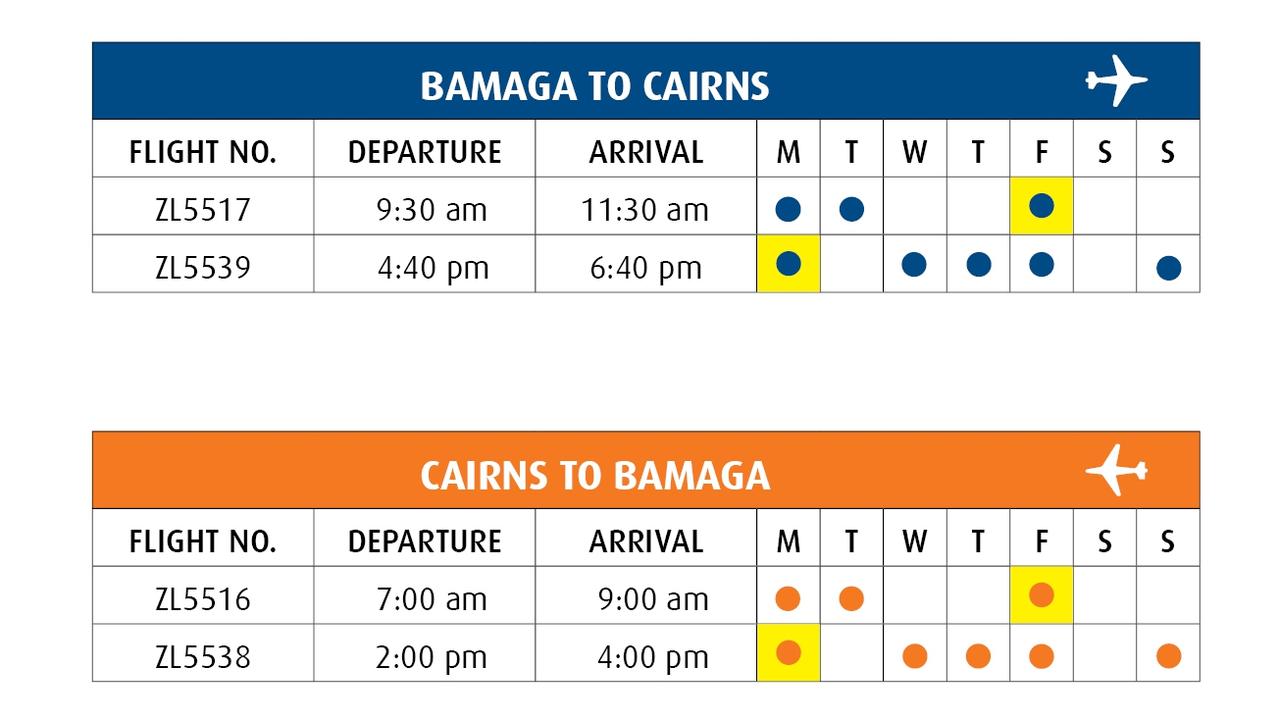 Regional Express will increase the number of Cape York services between Bamaga and Cairns, in the wake of Skytrans exiting the route

Regional Express (Rex) has announced that it will increase the number of Cape York services between Bamaga and Cairns, in the wake of Skytrans exiting the route with effect from January 6, 2020.

In partnership with the Northern Peninsula Area Regional Council (NPARC) Rex first commenced servicing the Bamaga and Cairns route in March 2015 to fill the void left by the collapse of Skytrans. Rex began with five return services each week and then moved to six return services from September 2016.

With effect from Monday, February 10, 2020, Rex will increase from six return services to eight return services each week with an additional Monday PM return and Friday AM return service, which represents a 33% increase in capacity, and approximately 6,000 additional seats per annum. This will also provide the ability to undertake same-day return travel to Bamaga on Mondays and Fridays. Between January 6 and February 9, 2020, Rex will closely monitor capacity on the route and will add more services where demand warrants.

“NPARC Mayor Eddie Newman traveled to Sydney to meet with Rex Board in late November to discuss ways in which Rex and NPARC could more closely work together to deliver mutual benefits. The positive discussions between Mayor Eddie Newman and the Rex Board have been instrumental in the Rex Board moving quickly to approve the increased number of flights between Bamaga and Cairns in the wake of Skytrans exiting the route from January 6, 2020.”

“Rex values the partnership and trust from NPARC which results in great reliable air service for Bamaga. Rex will work with all other communities in the Cape York Peninsula to explore the commercial viability of regional air services if there is a similar foundation of mutual trust and respect.”

“Sustainable and reliable air services are fundamentally important to our community’s prosperity and they are one of the basic foundations on which everything else is built. I supported Rex’s introduction of flights to Cairns back in 2015 and since this time we have developed a relationship of mutual trust and respect to the point where they have responded quickly to our calls for help following the sudden loss of capacity from another airline. It is so important that we have these relationships with critical service providers and I look forward to continuing to work with Rex for many years to come.”