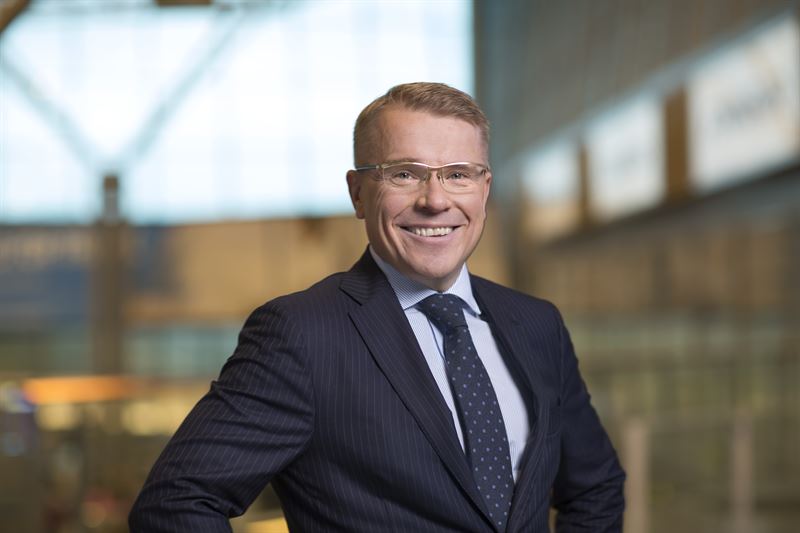 Joni Sundelin has been appointed as Finavia’s new Director of Helsinki Airport.

Since 2012, Sundelin has been Finavia’s Senior Vice President responsible for the regional airport network. In addition, his responsibilities have included the management of airline sales and accounts and ICT. He will continue in these tasks until his successor has been appointed.

Sundelin will stay on as a member of Finavia’s Executive Group and report to President and CEO Kimmo Mäki.

Mäki is delighted that the new Director of Helsinki Airport was found from within the company.

“Sundelin has strong experience of successful service business management and airport development. It’s great that we can use his expertise to further develop the extensive business operations of Helsinki Airport,” says Mäki.

Helsinki Airport is currently undergoing the largest renovation project in its history. The objective of Finavia’s EUR 900 million investment is to improve the status of Finland’s main airport in international competition, especially in air traffic between Europe and Asia.

“Helsinki Airport’s success is essential for Finland’s competitiveness and, through that, for all Finns. Finland is a country that requires good and functional flight connections to all destinations around the world. The significance of air traffic and Helsinki Airport to the entire Finnish economy is considerable,” Mäki says.

In connection with the appointment, Sundelin will resign as a member of the boards of two Finavia subsidiaries, Airpro Oy and RTG Ground Handling Oy.

Helsinki Airport’s Airport Director Ville Haapasaari will move on to become the CEO of the Port of Helsinki.