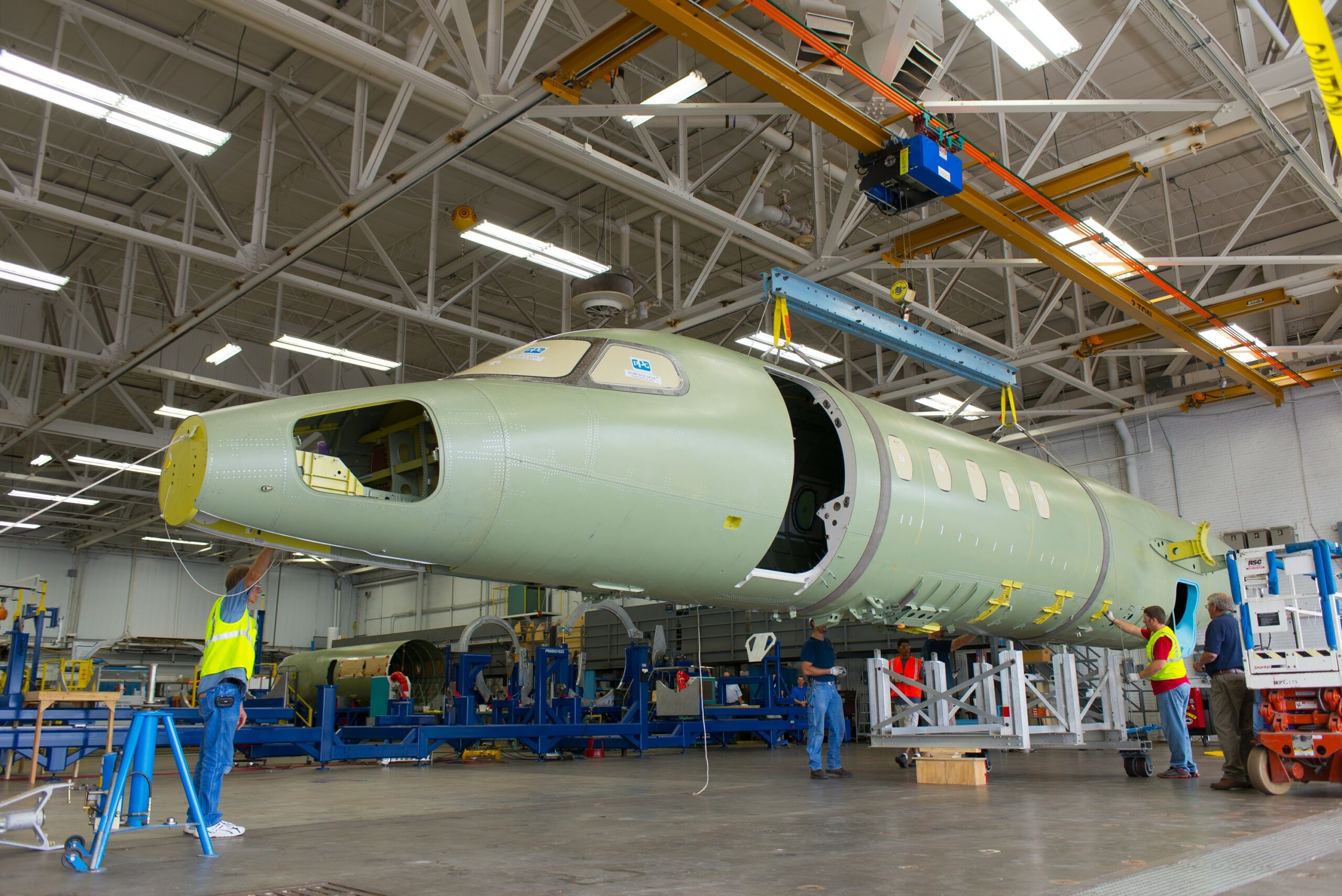 Cessna announced that the company has completed the first fuselage for its forthcoming mid-size business jet, the Citation Latitude.

The Latitude prototype is expected to take its first flight in early 2014, and a mock-up of the aircraft is on display at this week’s LABACE show.

The aircraft is expected to have a range of 4,630 km (2,500 nm), permitting non-stop travel between São Paulo and Caracas, Venezuela, or from Santiago, Chile to Bogotá, Colombia. Powered by twin Pratt & Whitney PW306D FADEC-controlled turbofan engines, the Latitude is expected to have a maximum cruise speed of 440 ktas. The aircraft will offer configurations for seating seven to nine passengers in a spacious, 1.83 m (6 ft) tall, flat-floored cabin.

“The Latitude will be a welcome addition to the expanding fleet of Citation aircraft throughout Latin America, and Brazil in particular,” said Kriya Shortt, Cessna senior vice president of Sales. “A much higher percentage of owners and operators in Latin America continue to choose Cessna Citation jets over the competition, and nearly half of all light and midsize business jets in Brazil bear the Citation name. We know operators will be impressed with the Latitude’s Garmin G5000 avionics and advanced performance, and passengers will appreciate the enhanced cabin controls and the latest in connectivity capabilities. The Latitude is built to impress, and engineered to lead.”

Development of the Citation Latitude is proceeding well. The initial fuselage is complete and is being used as a static test article, while a second Latitude test article will soon be used for structural trials. The third article being built in the Latitude program will be the prototype aircraft. “We continue to make progress in developing the Latitude, which represents the next generation of mid-size business aircraft for the global market,” said Terry Shriner, Cessna business leader for the Citation Latitude. “The major subassemblies for the prototype’s fuselage are complete and nearing the assembly process. The team is doing a great job of hitting each program target; parts for the first two test articles are being fabricated, and the first demonstration aircraft will soon start its build process.”