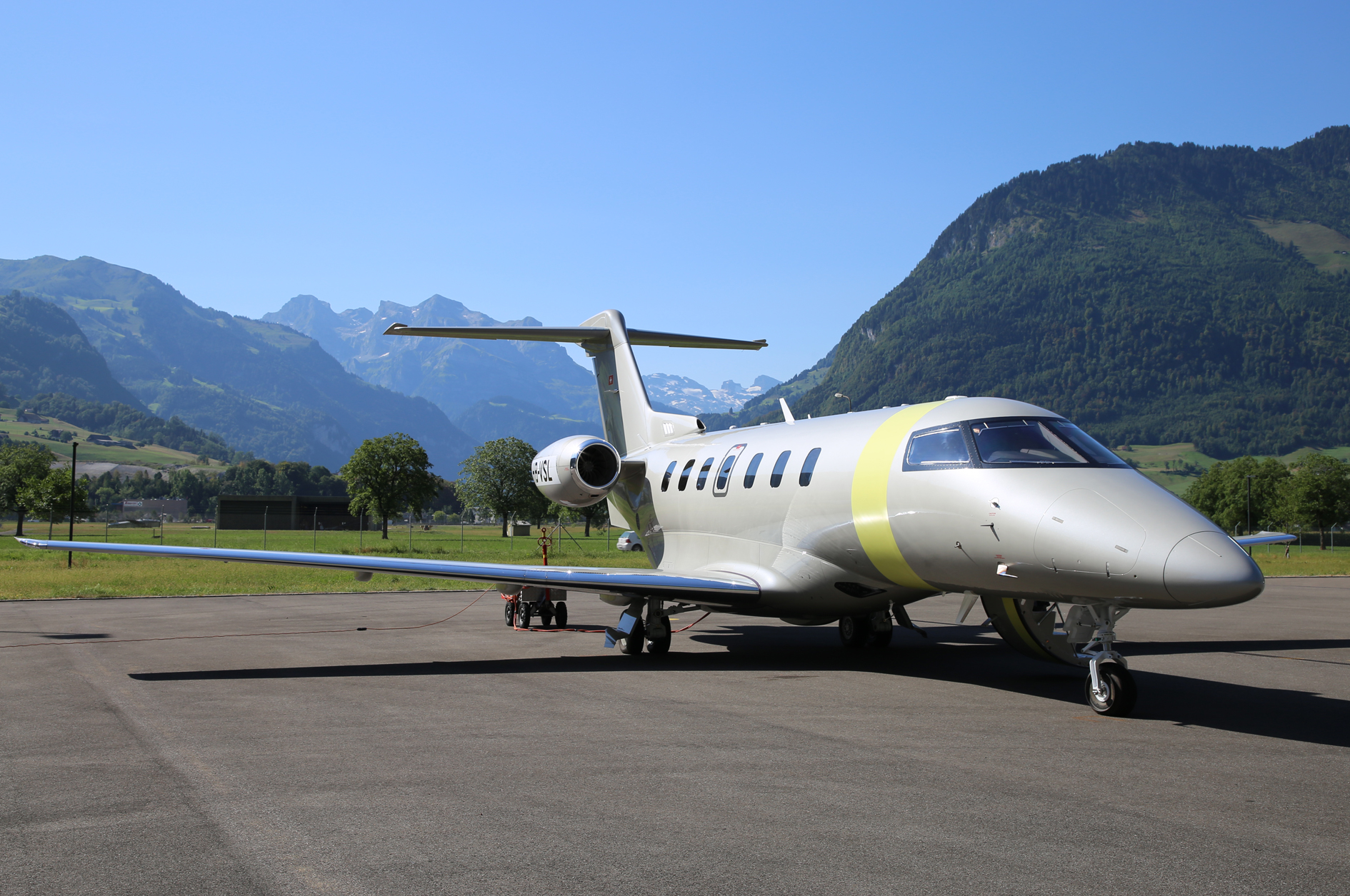 Jetfly, a fractional ownership operator, took delivery of its first Super Versatile Jet during a handover ceremony on 17 September 2018.

The PC-24 with serial number 111 is the first of four Super Versatile Jets destined for future operation at Jetfly.

“Today is a really exciting day for us”, said Cédric Lescop with evident enthusiasm. “We are very happy to be taking delivery of our PC-24 at last. This first Super Versatile Jet ‘Made in Switzerland’ will be a valuable addition to our existing offer. The PC-24 is an amazing aircraft which our customers are looking forward to with great anticipation.”

Ignaz Gretener commented: “The PC-24 looks stunning! Yet another eyecatcher to be seen in European skies from now on. We have enjoyed an excellent partnership with Jetfly for many years and we are obviously delighted that the management opted to add the PC-24 to the company’s fleet of PC-12s.”

Jetfly operates 22 PC-12s and plans to deploy the PC-24 in parallel in order to extend its current range of services.

Jetfly uses the Super Versatile Jet to provide its customers with a fast, safe, uncomplicated means of flying to their destination. In addition to the larger cabin and greater speed, customers will also enjoy other PC-24 benefits such as the large cargo door which comes as standard and the ability to use very short runways.

Founded in 1999, Jetfly is a fractional ownership operator. Its customers each own a share in an aircraft, entitling them to hire an aircraft for private or business use whenever they wish. The company opted for Pilatus aircraft from the start,Jetfly now operates 22 PC-12s, the largest PC-12 fleet in Europe.

Jetfly is based in Luxembourg and employs a workforce of 160.