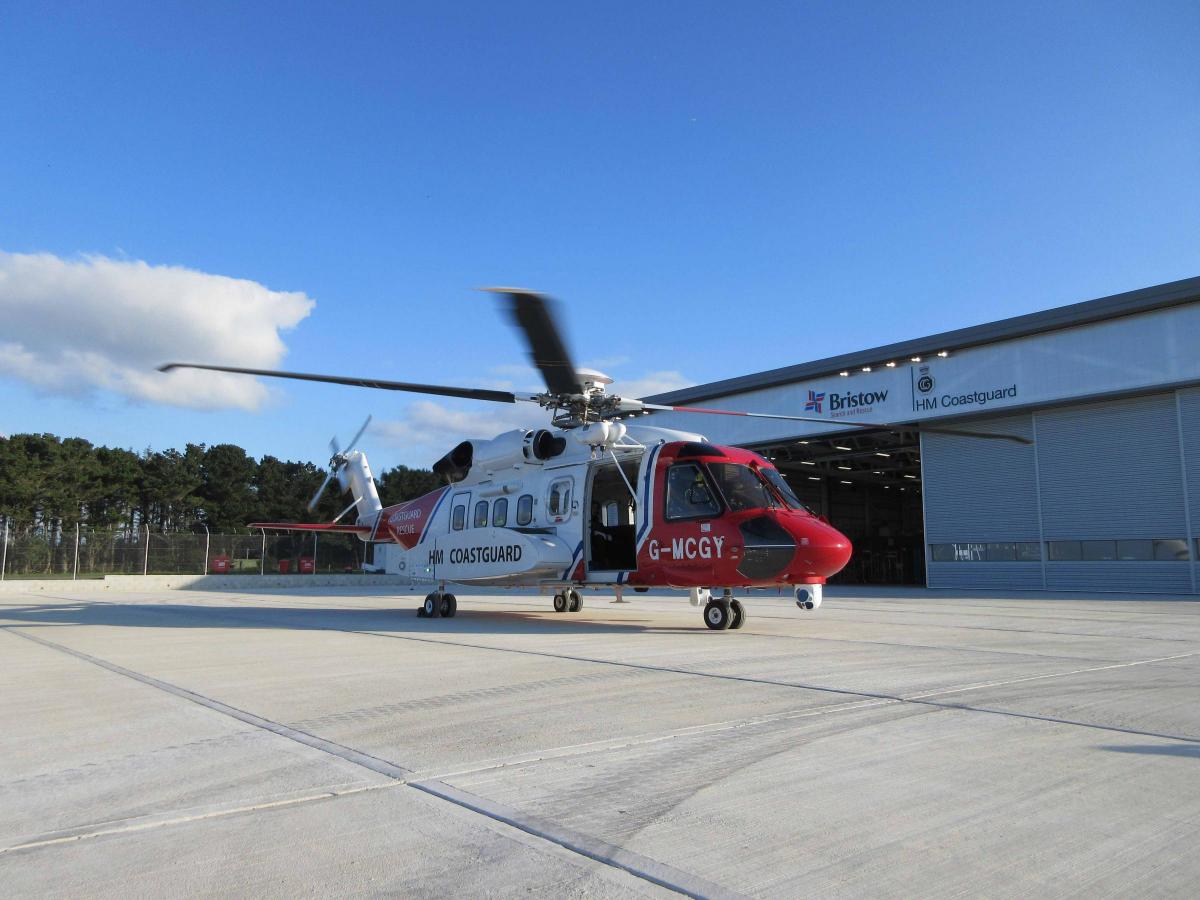 The first of two state-of-the-art Sikorsky S-92 search and rescue helicopters has arrived at the new HM Coastguard base at Newquay Airport, ready to begin operations in January 2016.

The aircraft and the base are operated by Bristow Helicopters Ltd on behalf of HM Coastguard after the company was awarded the ten year UK SAR contract by the Department for Transport in March 2013.

The aircraft in red and white HM Coastguard livery are set to become a familiar sight in the skies across the south west. They are equipped with the latest search and rescue technology including night vision, mission management and increased onboard medical capabilities.

Bristow Helicopters’ crews are already at the base carrying out the final preparations for the service going live and will spend the next couple of months training in the area.

“The arrival of the S92 at its new home in Newquay is an exciting milestone for us as we prepare to begin operations in January. The crews all feel privileged to be delivering this vital public service and are eager to get started.

“The training programme which we will be working through over the next couple of months is an essential part of preparations. It will involve night-time missions and some short periods of high activity levels. We will make every effort to minimise the disturbance to the local community and thank them in advance for their patience and support as we deliver this lifesaving service.”

The SAR helicopter base at Newquay Airport is one of ten bases from which the UK SAR contract will be delivered, five of which are already live. Operations started in April 2015 from bases at Humberside and Inverness Airports, in July at Caernarfon Airport, at Lydd in August and at St Athan in October. A further base at Prestwick Airport will go live alongside Newquay in January 2016.

The final three bases are existing HM Coastguard facilities at Lee-on-Solent, Stornoway and Sumburgh, which will transition to the new contract in 2017. Bristow Helicopters already operates the SAR helicopter service from Sumburgh and Stornoway.