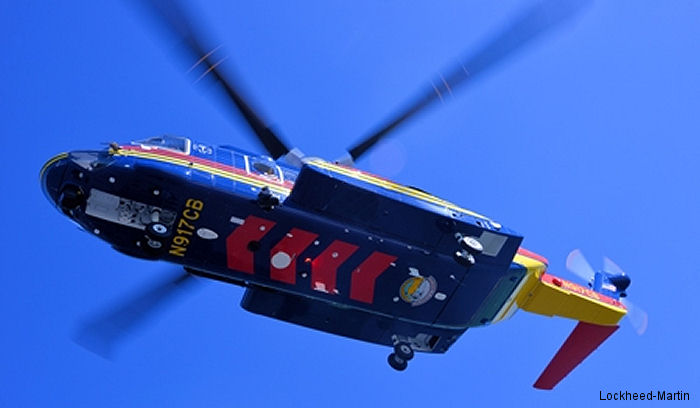 The announcement was made at the 2015 Helicopter Association International Heli-Expo show.

The helicopter will be used for the critical mission of search and rescue operations (SAR) for all North Slope Borough residents. The aircraft was selected to provide a safe, efficient and reliable airborne response to aeromedical evacuation (medevac), SAR and other emergencies. North Slope Borough is located above the Arctic Circle and operates under some of the harshest cold weather conditions in the world, with temperatures as cold as -55 degrees C with the wind chill. According to the U.S. Census Bureau, NSB has a total area of 94,796 square miles of which 88,695 square miles is land and 6,101 square miles is water, thus the need for a long-range, all-weather capable aircraft was critical to the North Slope Borough. Delivery is expected in 2016.
“We are pleased to have been selected in what was a very competitive bidding process for this critical search and rescue mission,” said Shane Eddy, President, Sikorsky Commercial Systems & Services. “Igor Sikorsky’s vision was for the helicopter to be used in a lifesaving role. North Slope Borough’s S-92 helicopter selection and mission is the foundation of Sikorsky Aircraft’s legacy.”

“Operating Search and Rescue missions on the North Slope is critical to the life and safety of our residents. There isn’t another rescue provider for several hundred miles and with our extreme climate every minute we cannot launch is another minute someone is potentially being exposed to -40 below weather, getting frostbite and worse.  The gravity of the missions we take on requires that our equipment is uniquely capable of and outfitted for speed and a long reach in icing conditions when someone’s life hangs in the balance, and we are pleased to be adding a Sikorsky helicopter to our fleet to better meet those needs,” said North Slope Borough Mayor Charlotte Brower.