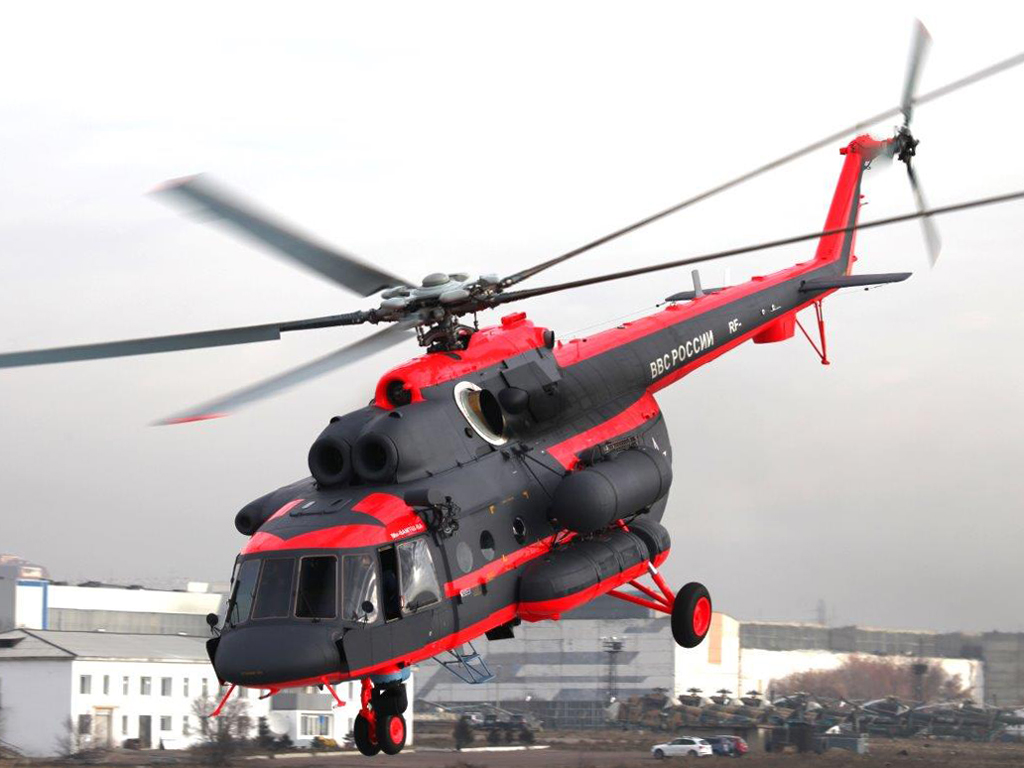 Ulan-Ude Aviation Plant (part of Russian Helicopters, which is part of State Corporation Rostec), hosted a ceremony marking the acceptance of the Mi-8AMTSh-VA by the Russian Defence Ministry’s Arctic groupings.

The first Arctic helicopter was developed specially for operation in the country’s north in temperatures lower than -40°С. With auxiliary fuel tanks, the helicopter has a range of over 1,300 km.

The Mi-8AMTSh-VA helicopter was developed on the basis of the Mi-8AMTSh-V, which has already been delivered to the Russian Defence Ministry. The helicopter is fitted with equipment enabling it to operate in low temperatures, where orientation is difficult, polar night, without satellite signal, where radio links are unreliable, over great expanses of water, and a long way from base.

‘The wealth of expertise we built up in the course of the development, production and testing of the Mi-8AMTSh-VA in the Far North are also going to be incorporated into the commercial model of this Arctic helicopter,’ Russian Helicopters CEO Alexander Mikheev said. – ‘This helicopter is crucial to the development of transport infrastructure in Russia’s northern regions, and also to companies in the oil and gas sector to support offshore work.’

The contract for the delivery of helicopters that will carry out operations as part of the Arctic groupings was signed with the Russian Federation’s Defence Ministry in February, and was carried out by Ulan-Ude Aviation Plant. In addition to the Russian Armed Forces, other Russian law enforcement agencies have shown considerable interest in this model.

Crew and cargo cabin heating systems, improved insulation and insulating shades, built-in systems to heat the powerplant and gears, Teflon hose incorporated into the hydraulics, and oil and fuel systems ensure that this helicopter can operate in very low temperatures. The Mi-8AMTSh-VA is equipped with special covers to improve the efficiency of the systems responsible for heating the main components in temperatures lower than -40°С.

The digital autopilot will help improve piloting efficiency and navigation accuracy on the Mi-8AMTSh-VA in areas of reduced visibility and Arctic polar night. The helicopter is also equipped with a range of navigation systems – duplicate satellite systems, digital avionics enhanced with built-in map generation and strapdown inertial reference systems enabling it to identify its current coordinates in the event that satellite signal is lost.

The helicopter’s weather radar identifies dangerous weather conditions in both horizontal and vertical profiles, scans the ground area, and identifies objects and shore-lines.

The Mi-8AMTSh-VA is also kitted out with airspace observation systems to warn of other aircraft in low visibility conditions and search directional radio that operates on all emergency frequencies, and which can be used in search and rescue operations.

In order to support the helicopter’s operation in polar night and when it is dark, the Mi-8AMTSh-VA helicopter has been adapted with night vision equipment. Special features have been included to improve operating conditions for members of the crew during lengthy periods away from base, such as facilities to heat water and food.