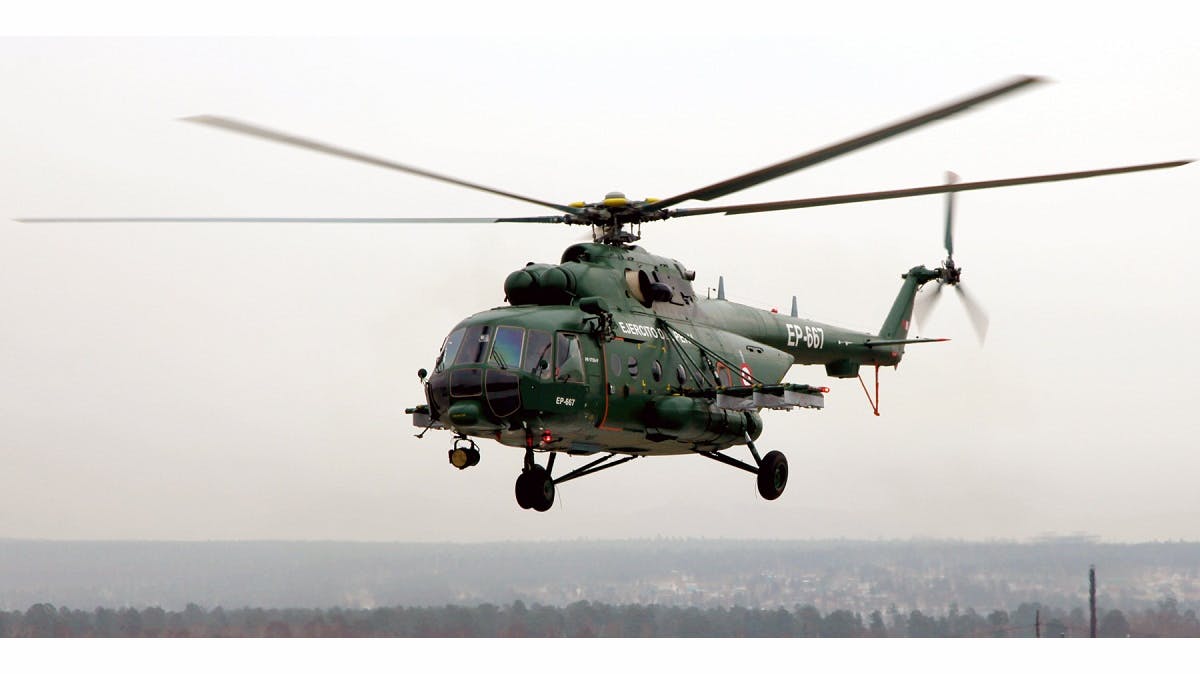 Russian Helicopters has delivered the first batch of four Mi-171Sh military transport helicopters, made by Ulan-Ude Aviation Plant, to the Ministry of Defence of Peru.

The Mi-171Sh are being delivered to Peru a month ahead of schedule. The customer also received aviation equipment required for its operation in addition to the helicopters.

The helicopters were supplied under a contract concluded with Rosoboronexport, Russian Helicopters’ partner in the export of military products. This contract was the largest to be concluded in the recent history of military and technical cooperation with Peru and was one of the largest in the global market for military transport helicopters.

Under the contract concluded in December 2013, 24 helicopters will be supplied to Peru: eight in 2014, with the rest to follow in 2015. A maintenance centre for Russian Helicopters will also be established in Peru, which will make it possible to keep the country’s helicopter fleet in a constant state of operational readiness, and to use them effectively in counter-narcotics and counter-terrorism operations.

The Mi-171Sh helicopters and aviation equipment were delivered to Peru by an An-124 ‘Ruslan’ transport plane, and were handed over to the Armed Forces’ Army Aviation brigade. On 9 December they are due to take part in celebrations to mark Army Day in Peru. It is anticipated that by then, all four helicopters will have undergone final acceptance testing, on the basis of which the Ministry of Defence committee should sign the acceptance document and approve the equipment for Army use.

The Mi-171Sh multirole military transport helicopters supplied under contract are equipped with the latest systems boosting their combat efficiency, providing comprehensive protection of their main systems and crew from attack, and avionics suites that enable them to fly in adverse weather conditions and at any time of day or night.

The helicopters can carry up to 26 paratroopers. They are equipped with two sliding doors and electro-hydraulic ramp, making a full ground-troop landing possible within just 7-8 seconds. As the customer requested, the helicopters are painted in Peru Army colours.

The armed forces of many different countries value the universality of Mi-8/17 type helicopters, which have proved themselves in numerous local conflicts, in counter-terror operations and police assignments. Mi-8/17 helicopters have demonstrated their superior performance and efficiency in disaster response work following floods and earthquakes, and other natural and man-made disasters, in search and rescue operations and in evacuating those affected.