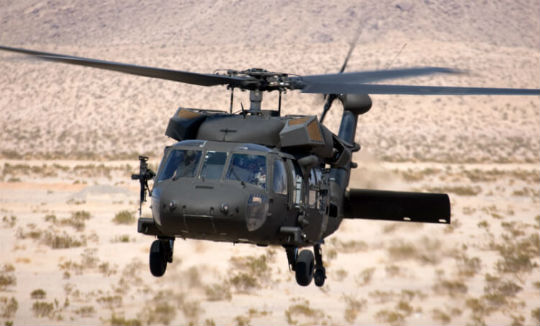 The new agreement outlines the investment, technology and skills needed to establish production jobs for Saudi citizens, and could lead to direct involvement in the assembly of Sikorsky S-70 BLACK HAWK helicopters in the Kingdom.

“Entering into this agreement will give Taqnia Aeronautics the foundation to create a helicopter assembly operation in Saudi Arabia and assist in developing local content”, said Major General (retired) Ali Al-Ghamdi, Taqnia Aeronautics CEO. “Together we are forging a relationship with a company owned by Lockheed Martin, a global technology leader, which can help grow Saudi involvement in capabilities that are important to the Kingdom’s sustained economic growth.”

“Since Lockheed Martin first partnered with the Kingdom in 1965, we’ve been privileged to be part of a significant transformation occurring in Saudi Arabia,” said Alan Chinoda, Chief Executive of Lockheed Martin Saudi Arabia. “We are proud to be facilitating the kind of knowledge-based collaboration that accelerates job growth, technology sharing, and industrial partnership in the Kingdom.”

Sikorsky’s Anand Stanley added: “We have today laid the foundation for a potential new business where Saudi nationals will support the Kingdom’s continued need for rotary wing products for many years to come.”

In Saudi Arabia, Lockheed Martin partners with King Abdulaziz City for Science and Technology, King Abdullah University for Science and Technology and Al-Faisal University in Riyadh, helping to develop the next generation of talented young Saudi professionals. The company has also partnered with Babson College to launch a Center for Entrepreneurial Leadership in the Kingdom.