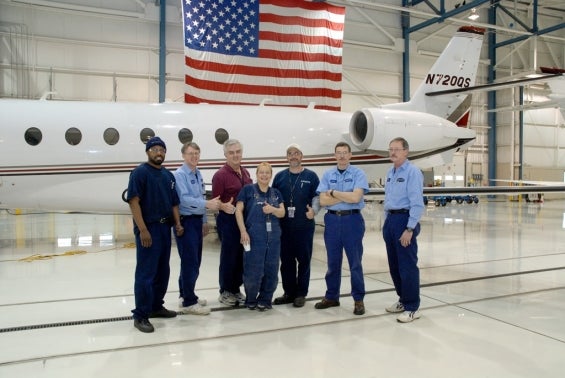 The International Brotherhood of Teamsters, the Teamsters Airline Division and Teamsters Local 284 are warning of another serious labor dispute at NetJets.

NetJets workers are speaking out against cost-cutting demands and proposals that they say undermine the ability to perform their jobs, which are essential to the safety of NetJets passengers.

NetJets technicians and flight dispatchers are preparing for a strike authorization vote. The latest labor dispute at NetJets follows a multi-year battle by the company against its pilots and flight attendants.

Local 284 members at NetJets who work in fueling, catering, dispatching, stock clerk, aircraft cleaning and maintenance control operations also could be impacted by the latest round of labor unrest. Affected workers have been in contract negotiations for more than five years.

“NetJets cannot continue to take this position against the hardworking men and women who make the airline safe and comfortable for passengers,” said Capt. David Bourne, Teamsters Airline Division Director. “Our members work extremely hard and are exceptionally professional. They deliver great service to the millionaires and billionaires who use NetJets airplanes. They are invaluable to the company and cannot be replaced with automation or unreliable outsourced labor. NetJets needs to recognize this fact and we stand ready to do whatever it takes to get the workers an industry-leading contract.”

According to Federal Aviation Administration records, NetJets customers include Wall Street bankers, corporate executives, wealthy individuals and other public figures. Based on published reports, NetJets customers pay from hundreds of thousands to millions of dollars to fly on NetJets aircraft rather than on commercial airlines used by the public.

“NetJets demands the right to replace human flight dispatchers with automation and software programs,” said Paul Suffoletto, President of Local 284 in Columbus, Ohio. “Management is also telling our aviation technicians that they have to compete against lower cost mechanics if they want to perform necessary maintenance work on NetJets aircraft. These actions raise serious questions about cost-cutting at the expense of employees responsible for the safety of flights.”

“The NetJets brand is becoming synonymous with labor problems,” said Paul Alves, Teamsters Airline Division Representative. “Bad management decisions are once again leading this company down the path of an avoidable confrontation with its workforce. We will support our members in their effort to protect safety-sensitive jobs from outsourcing and automation. We hope that management changes course before it’s too late.”

The Teamsters plan to meet with the leadership of NetJets Association of Shared Aircraft Pilots (NJASAP), the union representing pilots, to discuss the escalating labor dispute. Meetings are also scheduled with local union officials in cities where NetJets conducts a large volume of flights.

Founded in 1903, the International Brotherhood of Teamsters represents 1.4 million hardworking men and women throughout the United States, Canada and Puerto Rico.