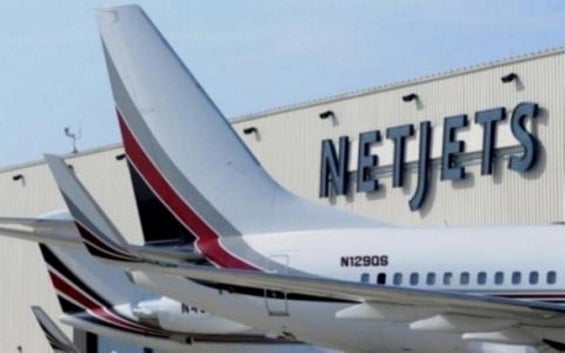 NetJets aircraft technicians and related employees represented by the Teamsters Airline Division and Teamsters Local 284 are calling on the leaders of the company to stop denying workers pay increases and provide the job security that comes with a viable in-house maintenance system.

In 2015, NetJets pilots picketed Abel’s office as part of their labor dispute. While NetJets mechanics, fuelers, cleaners and stock clerks have not received a raise since 2011, Fortune magazine reported that Abel received $17.5 million in pay last year.

“It’s only right that when our members’ concerns over high levels of maintenance subcontracting and no pay raises fall on management’s deaf ears, they address them directly to Mr. Buffett and Berkshire Hathaway,” said Chris Moore, Chairman of the Teamsters Aviation Mechanics Coalition. “Their letter also drew attention to analyst reports warning of a shortage of qualified aircraft technicians that will start to impact fractional aviation operations like NetJets. NetJets’ refusal to give its own safety workers a raise for six years threatens to drive away the small number of technicians that are actually employed by the company. Tens of millions of dollars in executive compensation only adds insult to injury.”

NetJets Aviation and NetJets Sales only employ 111 aircraft mechanics to work on its fleet of approximately 400 aircraft. By comparison, major airlines often employ up to 10 mechanics for every one aircraft.

“Our highly skilled technicians and support workers informed Berkshire Hathaway that NetJets is demanding that they accept wages that are far below those of their peers, including airlines that Mr. Buffett has a stake in, such as United, Continental, American, Delta and Southwest,” said Local 284 President Mark Vandak. “NetJets is even demanding that the workforce give up their one and only paid personal day. There is outrage on the shop floor over this greed and mistreatment.”
Contract negotiations resume on May 17 in Columbus.