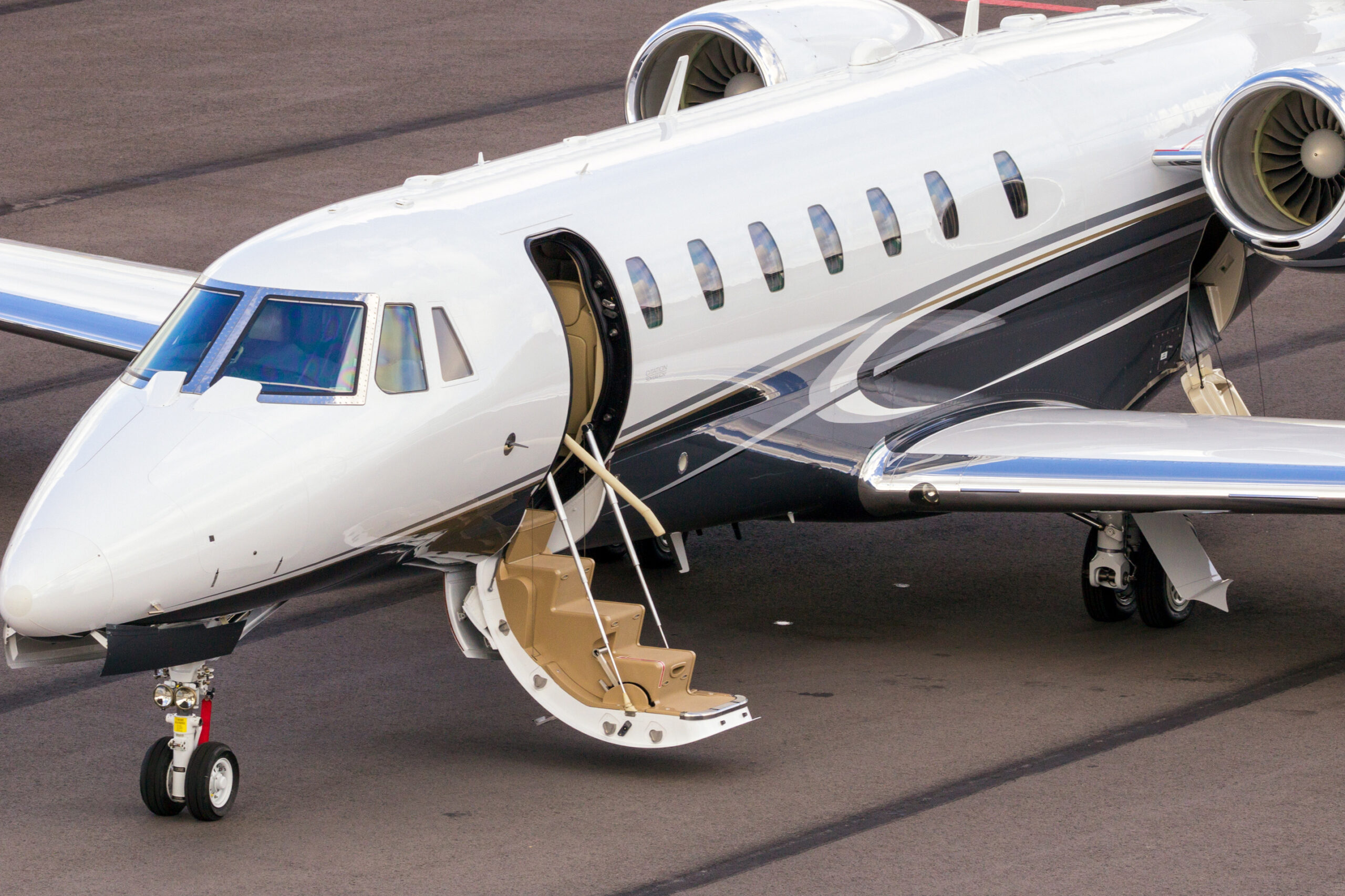 Business jets are one of the most important tools for a global businessman. But have you ever noticed how so many business jets look similar?! Why is this? Here’s why…

During the 1960s, business jets became the signature of any global business.

Learjet had the benefit of their famous Learjet 23 aircraft, the first private jet ever built. Lockheed also decided to get involved by changing a USAF contract into a business jet.

If you look at both of the aircraft, there are several similarities between them.

Both the Learjet 25 and Lockheed JetStar can seat ten people, combined with a crew of two. Both of the aircraft feature prominent extra fuel tanks on the wings, however, the Jetstar features them closer to the fuselage than the Learjet 25!

Both business jets also feature engines mounted to the aft (rear) fuselage. However, the JetStar features dual engines, which the Learjet 25 does not!

Both the Gulfstream G550 and Bombardier Global Express are some of the most expensive business jets out there. It’s also that these business jets look similar, it’s almost uncanny how much these aircraft look alike!

The G550 and the Global Express both have protruding T-tails, used by the pilot to stabilize the aircraft in flight.

Both business jets also feature prominent nose cones, both having a very distinctive “point” rather than it being rounded off as with many other aircraft.

The wings of both aircraft also come with winglets as standard- something that sets them apart from many other business jets!

Beechcraft Premier I and Hawker 400XP

Both Hawker and Beechcraft were at one point a single company. But before that, they both created very similar business jets.

A common trait of modern business jets is their aft fuselage-mounted jet engines, the Premier I and the Hawker 400XP are no exceptions.

However, the Hawker 400XP is noticeably longer compared to the Premier I!

The Cessna Citation CJ and Phenom 300 are very similar to the Premier I and the Hawker 400XP. In fact, the four business jets look similar and compete with one another!

As with the 400XP and Premier I, the Citation CJ and Phenom 300 feature prominent nose cones. Indeed, both of these nose cones are very long and are incredibly noticeable to most casual onlookers!

The Citation CJ and Phenom 300 also share a common trait among business jets, in their prominent T-tails.

The Citation CJ and Phenom 300 share a business jet trait in their aft fuselage-mounted engines. In fact, their engines are similar to one another (as are the 400XP’s and Premier I’s) that they are interchangeable!

There are several reasons as to why some business jets look similar. Although it might be none of them, it could be a mixture of them also.

We’ve all seen examples of this. This is most noticeable with the Concorde and the Tu-144, also known as the “Concordski”. This is probably why the Chinese-made Epic E1000 looks like the American-made Piper PA-46.

There are many ways in which this has been achieved throughout the past. However, the main way that this has been done, has been by hacking companies and stealing the blueprints. Simple as.

They then alter the blueprints in minor ways and release it to the market. Naturally, if two aircraft are based on the same blueprints, they are bound to look incredibly similar!

Instead of spending billions of dollars developing a certain technology, they contact one of their rivals.

They ask for some data on a given area that they know their competitor is proficient in. In exchange, they offer a similar amount of data on something they are proficient in.

Although this is rare and is more often than not hidden from shareholders, for worries of losing face.

These independent labs then publish their results. Often, these results talk about a certain configuration needed to obtain better fuel efficiency or faster speeds. Often, these configurations affect the wings, fuselage and nose cone, the most prevalent parts of the aircraft!

This then leads to different aircraft designs from around the world all being very similar, although slightly different!

Think of anything other than aircraft for a second. Whether it’s clothes, houses or cars, they all have different ‘eras’. Think of a classic 1950’s car, they look extremely iconic almost… aircraft are the same.

This is mostly the result of customer tastes. Businessmen and corporate executives want something that stands out, something that tells the world just how financially stable they are!

Once a design has proven to look ‘modern’, and is successful in selling many copies, other manufacturers take notice. They then begin to study the design of the aircraft. Soon they release their own aircraft that is very similar!

This one may or may not be true. We may never know.

There is an established layout for almost everything. Whether it is for cars, houses, or commercial aircraft. The same is true for business jets.

Perhaps, the original business jets were developed out of designs of small regional jets and general aviation aircraft.  And every subsequent business jet has just followed that layout!

There is also the possibility that several independent aircraft manufacturers have built aircraft according to specifications for a certain market.

These specifications require a certain speed and a certain amount of seats. All this plays a factor in the design process. Thinner and longer aircraft are often faster than wider and shorter ones.

So business jet manufacturers release aircraft that match the market they are trying to serve. So they release jets that look incredibly similar, if not uncannily so!

Alas, we may never know the true reason. It could be just one of these reasons or even a combination of some of them. For all we know, it could be none.