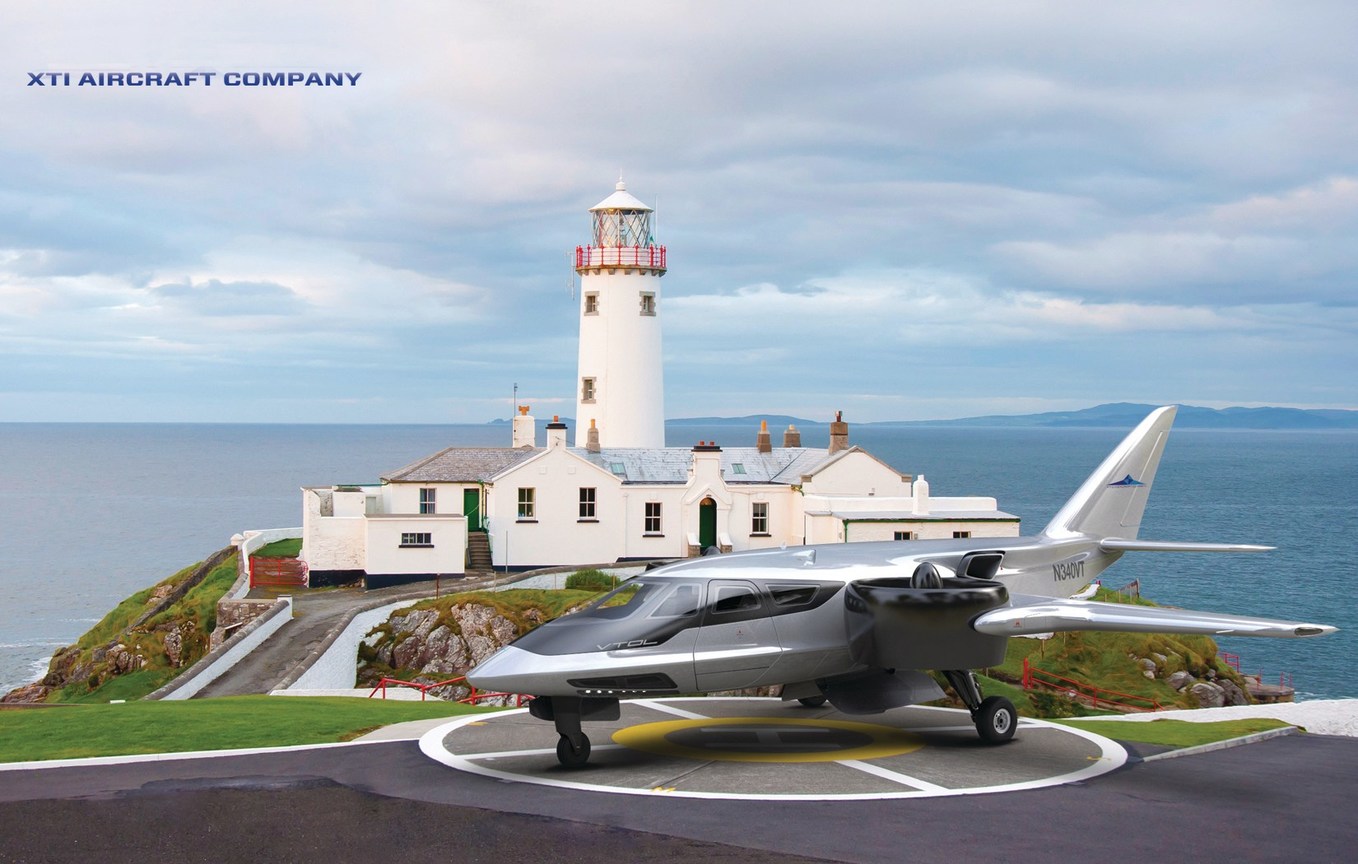 XTI Aircraft and Bye Aerospace announced that the two companies have entered into an agreement to develop a hybrid/electric prototype of XTI’s TriFan 600.

XTI Aircraft Company and Bye Aerospace jointly announced today that the two companies have entered into an agreement to develop a hybrid/electric prototype of XTI’s revolutionary TriFan vertical takeoff airplane.

“We’re continuing with our plan,” said Robert J. LaBelle, XTI Aircraft’s Chief Executive Officer, “but we’ve made two important changes. First, with the engineering expertise of the team at Bye Aerospace, this first prototype will be powered by a state-of-the-art hybrid-electric propulsion system. Second, because we’re now able to significantly reduce the weight and cost of producing the TriFan, our first prototype will be a full-size TriFan 600 instead of the 65% subscale version.”

“Advanced electric power for aircraft makes the hybrid-electric configuration compelling for the TriFan,” added George Bye, founder, Chairman and CEO of Bye Aerospace. “We can now bring together into one extraordinary airplane, battery power, electric motors, and a light efficient engine in a vertical takeoff and landing platform. The TriFan will achieve unprecedented performance and operating economy while being safer, lighter, quieter and cleaner.  We’re very excited to team with XTI Aircraft on this game-changing VTOL project.”

The TriFan is a major breakthrough in aviation and air travel. The six-seat TriFan 600 will have the speed, range and comfort of a business jet and the ability to take off and land vertically, like a helicopter. It will travel at over 300 miles an hour, with a range of over 1,200 miles. Using three ducted fans, the TriFan lifts off vertically and then its two wing fans rotate forward for a seamless transition to cruise speed and its initial climb. It will reach 35,000 feet in just ten minutes and cruise to the destination as a highly efficient business aircraft.