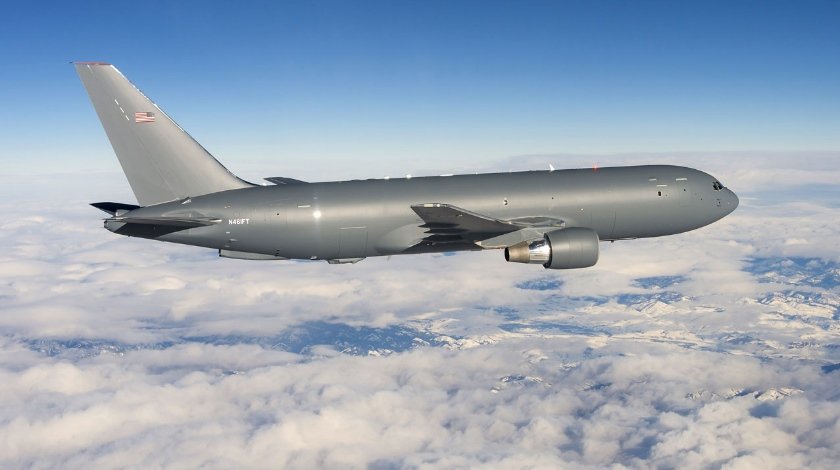 The award includes the first two “production lots” of 7 and 12 planes respectively, as well as spare parts. Including future options, Boeing plans to build a total of 179 of the 767-based refueling aircraft for the Air Force to replace their KC-135 fleet.

“It’s an important day for the company and program. We’re excited about building low-rate initial production aircraft, and it’s only possible because of the hard work of the joint Boeing-Air Force team.”

This step forward follows a Defense Acquisition Board review and announcement that the KC-46 program completed “Milestone C”, a set of required ground and flight tests, and is approved for initial production. Those tests included refueling flights with F-16, F/A-18, AV-8B, KC-10, C-17 and A-10 aircraft and a cargo handling demo.

Boeing received an initial contract in 2011 to design and develop the U.S. Air Force’s next-generation tanker aircraft. As part of that contract Boeing built four test aircraft, two configured as 767-2Cs and two as KC-46A tankers.

The test aircraft have completed more than 1,000 flight hours to date.

The KC-46A is a multirole tanker that can refuel all allied and coalition military aircraft compatible with international aerial refueling procedures and can carry passengers, cargo and patients.

Boeing is assembling KC-46 aircraft at its Everett facility. The company will begin delivering tankers to the Air Force in 2017.