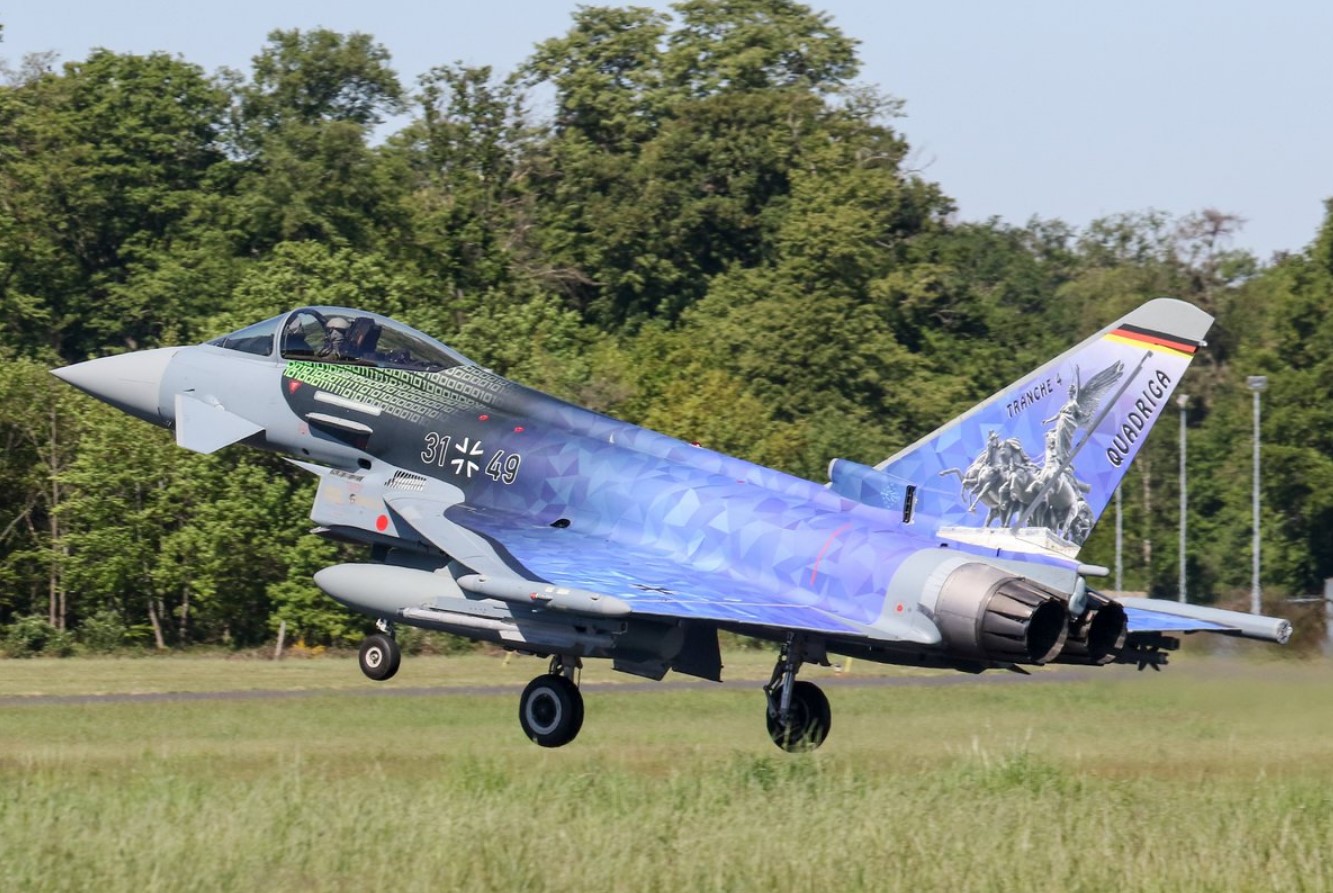 The order, also known by its project name Quadriga, covers the delivery of 30 single-seater and 8 twin-seater Eurofighters.

The order, also known by its project name Quadriga, covers the delivery of 30 single-seater and 8 twin-seater Eurofighters. Three of the aircraft will be equipped with additional test installations as Instrumented Test Aircraft for the further development of the Eurofighter programme.

“The new Tranche 4 Eurofighter is currently the most modern European-built combat aircraft with a service life well beyond 2060. Its technical capabilities will allow full integration into the European Future Combat Air System FCAS”.

The renewed order from Germany secures production until 2030 and comes at a strategically important time for the programme. In addition to an expected Eurofighter order from Spain to replace its legacy F-18s, procurement decisions in Switzerland and Finland are imminent in 2021.

The variant offered in Switzerland corresponds to the configuration of the German Quadriga order. The equipment includes the world’s latest electronic radar, future-proof hardware and software and unlimited multi-role capability for engaging air and ground targets.

Eurofighter is Europe’s largest defence programme, in which the United Kingdom, Spain and Italy are involved alongside Germany. In addition to technological capabilities, it secures more than 100,000 jobs in Europe.