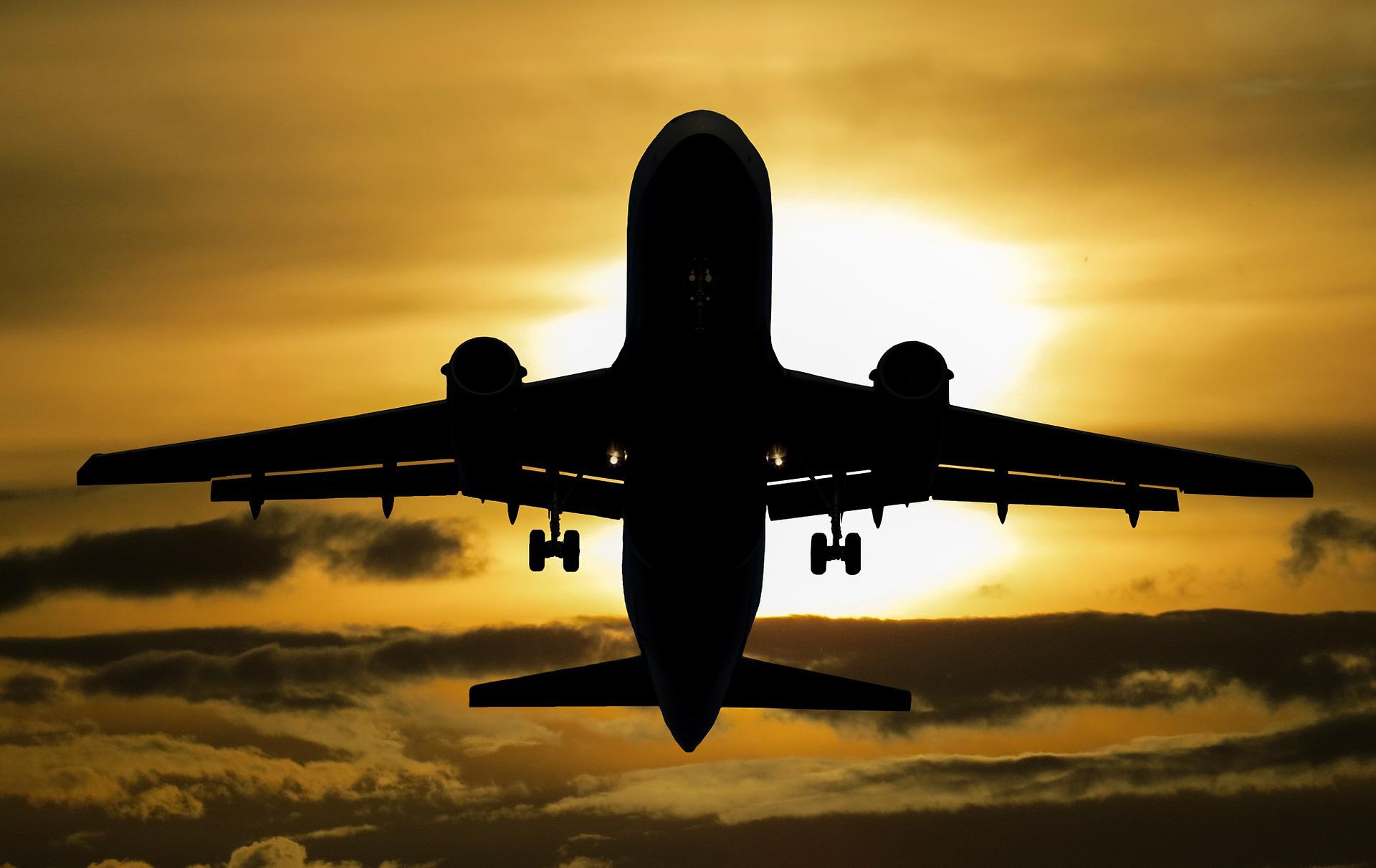 If you’re wondering how planes fly at such high altitudes? You are in the right place. Here you will get all the necessary information and reasons behind it. Generally, commercial airplanes fly at about 35,000 feet at around 6.62 miles. If you fly frequently, you will hardly notice the regular stages of a flight.

As the plane takes off and the flight reaches a cruising altitude, you can move around freely in the plane. But once the descent is initiated, you start fastening your seat belts, making your way to land.

The plane begins to fly at a steady altitude at the very moment between ascent and descent. But if you are curious about why planes need to fly at steady altitudes and how high they can fly, then you are in the right place. We’ve got answers to this burning topic.

How High Do Planes Fly?

Generally, any commercial aircraft’s size decides its cruising altitude. It is observed that most commercial planes cruise at an altitude of 32,000 and 40,000 feet. Whereas smaller aircraft such as Turboprop that hardly carry a handful of passengers fly at an altitude of 25,000 to 30,000 feet. But these smaller planes usually take lower flights and usually fly at lower altitudes. Because they will be ready to descend when they reach higher altitudes.

More than 42,000 air crafts fly daily in the US, with about 5000 flying in the sky at any hour. Most airplanes stick to a specific altitude while cruising because of a few factors like aircraft type, the distance to be traveled, the variety of engines that the aircraft has, the intensity of the wind, and the weight of the aircraft.

One basic reason for aircraft to fly beyond clouds is smooth cruising. The higher the altitude, the thinner the air. And it becomes very easy and smooth to fly due to the reduced resistance of the atmosphere.

Yet another vital factor is that commercial airplanes stick to stable altitudes and don’t tend to fly higher because they have to be bothered about clouds or weather-related events such as thunderstorms.

Even though most flights travel through storms and thunders that can reach up to 50,000 feet into the atmosphere, they still have to face a lot of unnecessary turbulence. It can happen both during the ascent as well as the descent. It causes frequent stress and leads to panicky situations amongst the plane passengers. But fortunately, the cruise members and the pilot are trained to manage such tricky situations and comfort the passengers. They are supposed to report immediately to the air traffic control room for further assistance in case of turbulence beyond 35,000 feet.

The Altitude For Maximum Efficiency

If an airplane flies at a lower altitude, it exerts too much pressure on its engines and runs at a higher velocity. It results in raising the expenses and an added pressure on the entire plane. Engines operate at their fullest when the airplane stick to a stable altitude and when they are close to the maximum RPM limit.

When airplanes fly at higher altitudes, the thrust is lower because the air is thinner, and a high compression ratio and thermal efficiency are maintained. The (TAS) or true airspeed is increased in higher altitudes as planes can cruise faster when the engine is burning less fuel.

The Ideal Altitude For Lift, Thrust, And Drag

Lift and thrust are both dependent on the density of air. It implies that thrust and lift are better at higher altitudes because the air is thinner. As any aircraft must maintain its lift and thrust, this statistic is vital for a better flight. Improved thrust means forward acceleration which is essential when the air is thicker. Hence reduced thrust is fine when you are flying at higher altitudes.

Any commercial jet generally cruises under the speed of sound and can be a bit heavier. Usually, when these jets fly at 30,000 feet, their drag is automatically reduced. Hence they reach those high speeds safely. Fighter planes tend to fly at higher altitudes and have reduced drags.

It is almost necessary for a pilot not to duck and dart amongst towers, buildings, and other ground architectures while flying the aircraft. Even if it might sound cool and heroic to a few, it is full of risks and dangers.

For instance, terrains are marked by sea levels. There might be a few terrains higher above the sea levels than they are higher from the runway. This one reason keeps the aircraft always flying to an appropriate altitude to be away from any kind of buildings or ground architecture.

The majority of the aviation authorities around the globe have restricted commercial flights from flying beyond 1000 feet until there is an emergency. This regulation is imposed for safety and to reduce noise. If you have likely been close to an airport, you must have already heard airplane noises during the take-offs and arrivals.

When the planes fly at 35,000 feet, they usually remain at a comfortable border between the troposphere and the stratosphere. This space is generally away from birds and insects. Hence there are absolutely no chances of a bird strike.

Certain rules need to be followed regarding the direction of the flights. It can drastically affect the altitude at which the flights are flying, such as the planes flying in opposite directions must be 1000 feet away to avoid any possible collisions and improve the travel and safer.

The worst experience on a commercial flight is when an aircraft gets into trouble just a few miles above the ground. Due to a sudden technical mishap, if the flight starts to come down rapidly. Though you might be aware that the issue causing the flight to descend might be fixable, the flight is descending so rapidly that there is almost no opportunity to resolve the issue. The only thought that comes to your mind right then is if only you could buy some more time.

But if you are on higher altitudes, you can fetch more time to calculate and execute what’s supposed to be done to save the passengers.

What Happens When A Plane Flies Too High?

An aircraft too high is at the same risk as Icarus. It’s similar to the boy who flew so close to the sun causing his wings to melt and perish. When an aircraft cruises too high, it doesn’t serve the risk of melting, but some concerns may arise due to cabin pressure and oxygen deficiency. Hence it is always recommended to stick to stable altitudes. Certain concerns might bother if an aircraft flies too high. Let’s discuss a handful of them.

Planes And Their Altitudes

Some great planes have flown the highest. Let’s dig into a few of them and discuss some of their interesting facts and figures.

These rocket-powered planes are generally used to gather information. These are the only flights that can fly this high. These days commercial planes are not allowed to fly more than 100,000 feet.

One of the important reasons these flights cruise beyond 500,000 feet is impossible is the air is too thin. Hence continuous burning of jet fuel is almost impossible at higher altitudes.

Though there are some exceptions in such circumstances, such as the SR71Blackbird has set the record by flying over 85,000 feet at a velocity of 2100 miles per hour, it’s an exception, and most flights don’t even think of creating such records. Because in most situations, it has proven to be fatal.

What About Private Jets And Helicopters?

Till now, we discussed commercial aircraft flying at higher altitudes, its benefits like almost no air resistance or bird annoyance, and drawbacks like scarcity of oxygen. But we haven’t discussed private planes and helicopters. If we discuss private planes, they usually have a piston-powered single engine.

This engine is quite similar to the engine used in a car. It is used to cover short distances. Taking private jets at such distances or higher altitudes is not that powerful.

Most private planes are bound to fly for just 15,000 feet and not beyond that. If these private jets with piston-powered engines try to fly beyond a certain limit, a threat lurks on them. The higher the atmosphere, the lower the oxygen level, leading to hypoxia. A disorder where the tissues of the system do not receive proper oxygen improves the chances of fatality for the pilot and passengers.

Now, if we consider helicopters, they are unlike airplanes. They fly on rotating blades, implying that the maxi8mum height they can fly up to is not more than 10,000 feet.

Always remember that every commercial or private plane’s maximum altitude is different and unique. During the test flights, it is necessary to test if the fights can slightly exceed their maximum limit to ensure that the passengers are safe in case of ascension from the limit. It is previously claimed that the highest set altitude for a commercial flight was 60,000 feet. But today, it is claimed that some corporate jets can take a flight of about 51,000 feet.

Although having discussed all the facts and figures about commercial planes and the possible altitudes they can travel, most facts are theoretical and not practically possible. Because most commercial planes don’t fly at such altitudes, they fly much lower than that.