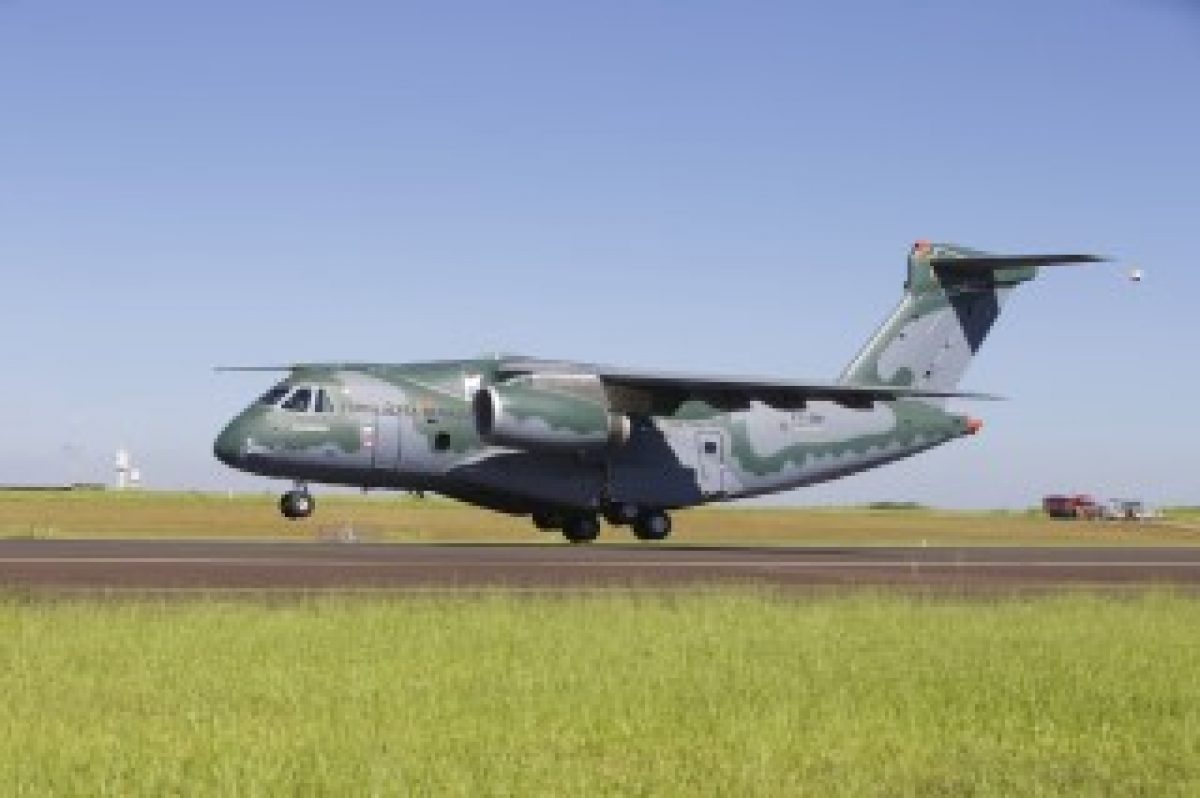 The first prototype of the KC-390, next generation multi-mission aircraft by Embraer, returned to Brazil after successfully completing its first international mission.

The first prototype of the KC-390, next generation multi-mission aircraft by Embraer, returned to Brazil after successfully completing its first international mission, lasting 23 days and flying more than 48 hours.

Besides participating in the Farnborough Airshow in England, where the aircraft made its international debut, the first prototype also conducted demonstration flights with program partners and potential customers.

Covering more than 16,300 nautical miles (about 30,200 kilometers) just in ferry flights, with operations in other international airports such as Sal (Cape Verde), Alverca (Portugal) Odolena Voda (Czech Republic), Cairo (Egypt), Abu Dhabi (United Arab Emirates) and Malta, the aircraft demonstrated its high level of maturity, with availability reaching 100% during the 16 flights planned and carried out in locations where the temperature reached 45° C (113° F).

“This was an excellent opportunity for some customers to take a closer look at the aircraft and its innovative features. The interest around the KC-390 during the Farnborough Airshow was fantastic, with the aircraft being visited by more than 20 international delegations,”

“The positive reaction from potential customers who piloted the aircraft was of great pride for the company and its employees because the plane effectively demonstrated its versatility by fully adapting to the particular characteristics of each operation. We are very optimistic about the success of the KC-390 in the coming years.”

The aircraft returned to the flight test campaign, whose focus from now on will be the certification, which is expected for the second half of 2017 with the first delivery scheduled for 2018.