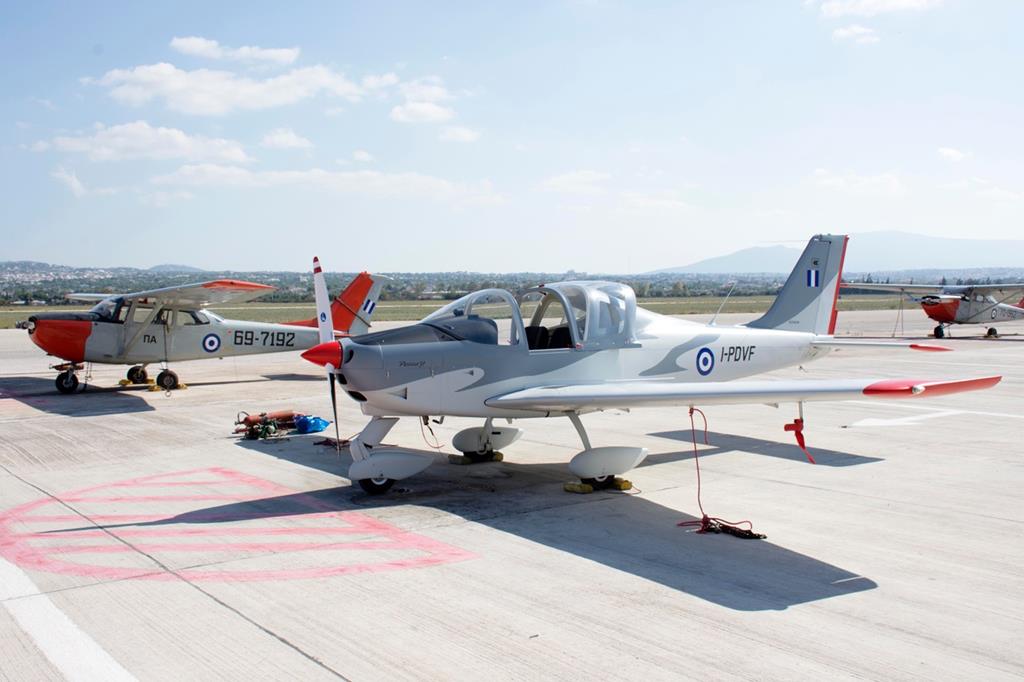 In addition to the twelve P2002 JF aircraft, Tecnam will provide a simulator and a computer-based integrated training system with ancillary support services

This is the first of 12 Tecnam P2002JF low wing trainers due to be delivered to the Hellenic Air Force, as part of the order that resulted of a thorough and intensive evaluation process.

The aircraft was welcomed at the home of Hellenic Air Force Academy at Tatoi/Dekelia (Athens) Air Base by the General Staff of the Hellenic Air Force, in the presence of the Commander of the HAFA Mr. John Gkontikoulis.

The delivery flight from Tecnam production facility in Capua, Italy was performed by Tecnam Chief Test Pilot, Massimo de Stefano, and Tecnam Global Sales and Marketing Director, Walter Da Costa. After a stop in Lecce, the flight continued over Corfu and Oxia, arriving at Tatoi/Dekelia Air Base at 2 pm local time.

The Tecnam P2002 JF aircraft will be used by the Hellenic Air Force as its next-generation screening/primary training aircraft.

In addition to the twelve P2002 JF aircraft ordered, Tecnam will provide a SOFTEK simulator and a computer-based integrated training system with ancillary support services.

The Tecnam P2002JF is a two-seat, single engine, low wing aircraft. Powered by the popular ROTAX 912, and with the latest avionics from GARMIN, it is firmly established as one of the world’s most popular single-engine airplanes and the aircraft of choice by so many Flight Training Organisations and Air Forces.

“We are very proud that after extensive evaluation the Hellenic Air Force selected Tecnam. With delivery today of the first of 12 P2002JF’s exactly on schedule, we very much look forward to supporting our friends in Greece for many years to come”.