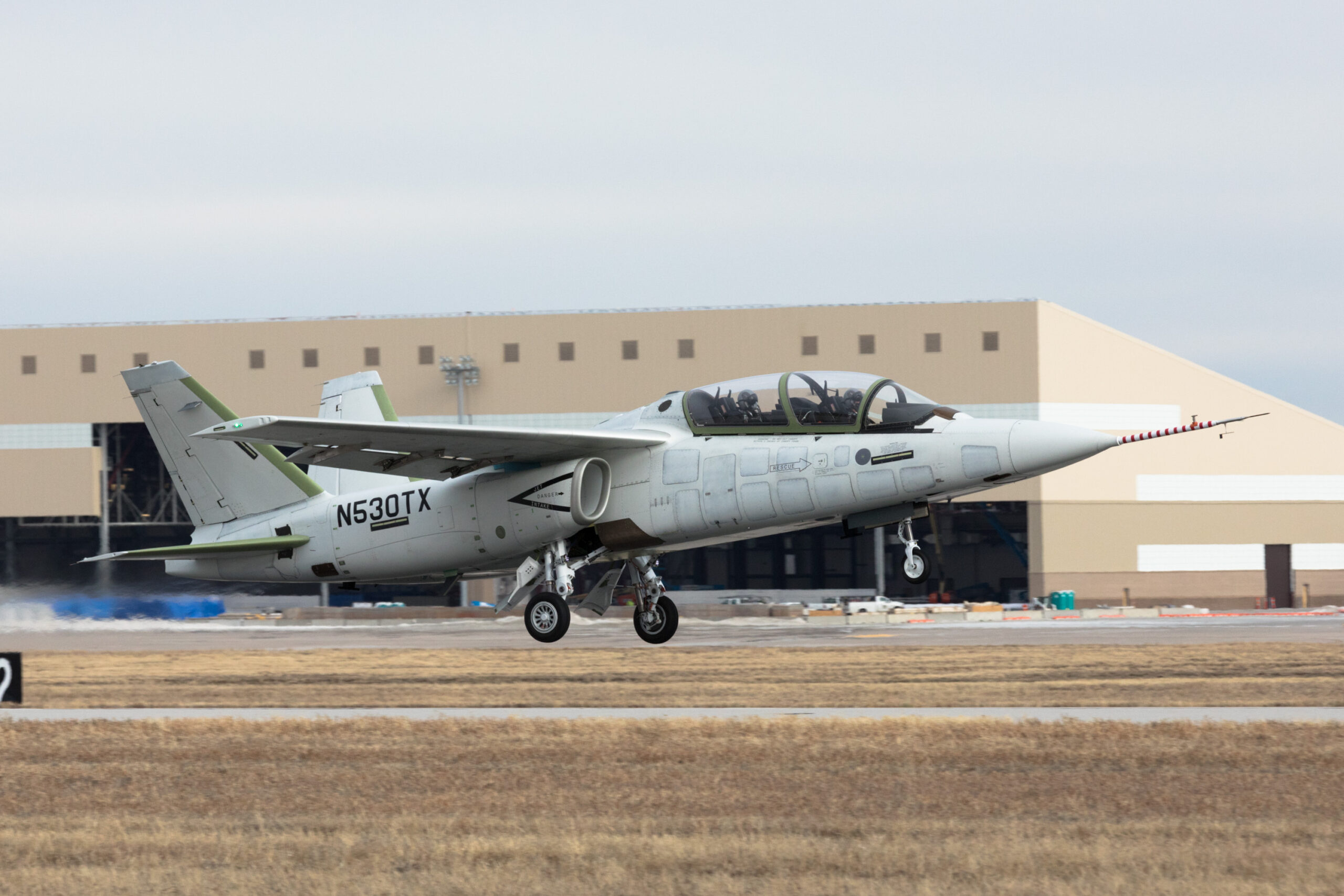 The Scorpion jet is a bold new direction for tactical aircraft designed for intelligence, surveillance, reconnaissance and close air support.

This program milestone closely follows the recent successful weapons capability exercise on the prototype Scorpion completed in early October. The Scorpion jet is a bold new direction for tactical aircraft designed to excel in roles ranging from intelligence, surveillance and reconnaissance to close air support and armed reconnaissance.

The aircraft took off from McConnell Air Force Base in Wichita and conducted a range of maneuvers during the one hour and 42 minute flight. The multi-mission, twin-engine jet performed extremely well and was piloted by experimental test pilots Don Parker and Dave Sitz, who verified the avionics and aerodynamic performance as well as a number of aircraft systems.

The latest version of the Scorpion incorporates a number of improvements based on target customer feedback as well as results from the extensive flight test program. The program has accumulated more than 800 flight hours in both test and real-world operational settings.

The company also announced Garmin as the avionics provider for the enhanced Scorpion. This avionics platform is based on the advanced G3000 integrated flight deck and is optimized for rigorous military operations. The newly configured G3000 avionics system features a large, high-definition display complemented by two high-definition touch-screen controllers and provides more mission capability in the forward cockpit position, additional navigation capability in the rear cockpit position and overall weight savings for improved performance as a multi-mission aircraft. In addition to the new avionics, changes to the airframe include four degrees of sweep to the wings, an enhanced aft horizontal stabilizer for improved high-speed performance, a simplified landing gear design, a next-generation Heads Up Display (HUD) and hands-on throttle and stick (HOTAS) controls.

The first production conforming Scorpion will start a robust flight test program, working closely with the United States Air Force on the first of its kind airworthiness assessment of a Non-DoD military aircraft design.