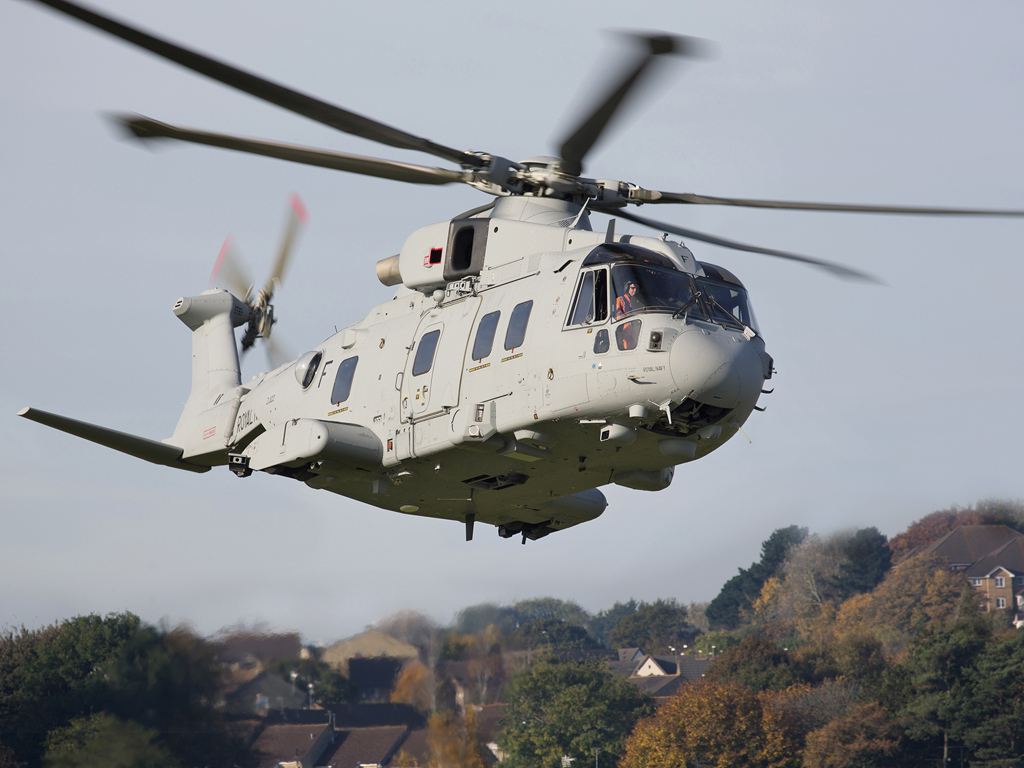 Leonardo is upgrading 25 Royal Navy Merlin Mk3/3A aircraft to Merlin Mk4/4Astandard as part of the Merlin Life Sustainment Programme (MLSP) contract. The MLSP contract is valued at £330 million and was awarded in January 2014 by the UK Ministry of Defence (MoD). Deliveries of aircraft will start in 2017 and continue through to 2020 with the work being performed at Leonardo’s Yeovil facility.

The AW101 Merlin Mk4/4A aircraft are fully optimised for ship operations and includes automatic main rotor blade folding and tail fold. The aircraft are also fitted with the same cockpit as the Royal Navy’s Merlin Mk2 aircraft, giving the Merlin fleet a common cockpit featuring five 10” x 8”  integrated display units, two touch screen units for controlling the aircraft’s systems and mission equipment, as well as two cursor control devices for cursor control of the tactical displays. The AW101 Merlin Mk4 will deliver enhanced capability for the Royal Navy’s Commando Helicopter Force. The Merlin Mk4 and Mk4A aircraft will be supported through the existing Integrated Merlin Operational Support (IMOS) contract, which has been in place since 2006 with Leonardo as prime contractor.

Royal Navy Captain Kieran O’Brien, the Defence Equipment & Support (DE&S) Merlin Helicopter Project Team Leader, said: “This is a great day and a most significant achievement in the Merlin Life Sustainment Programme. The conversion of the Mk3/3a Merlin to Mk4/4a has been a real success story so far against demanding timelines and this first flight is excellent news for our Royal Navy ‘Junglie’ customers. The work that goes into preparing for the first flight of a new mark of aircraft is never trivial and this milestone is only made possible due to an excellent team effort led by DE&S and Leonardo Helicopters. We still have a lot of work to do but when the programme is complete the Commando Helicopter Force (CHF) will have a very capable Commando Helicopter aircraft ready to fully operate in its maritime environment.”